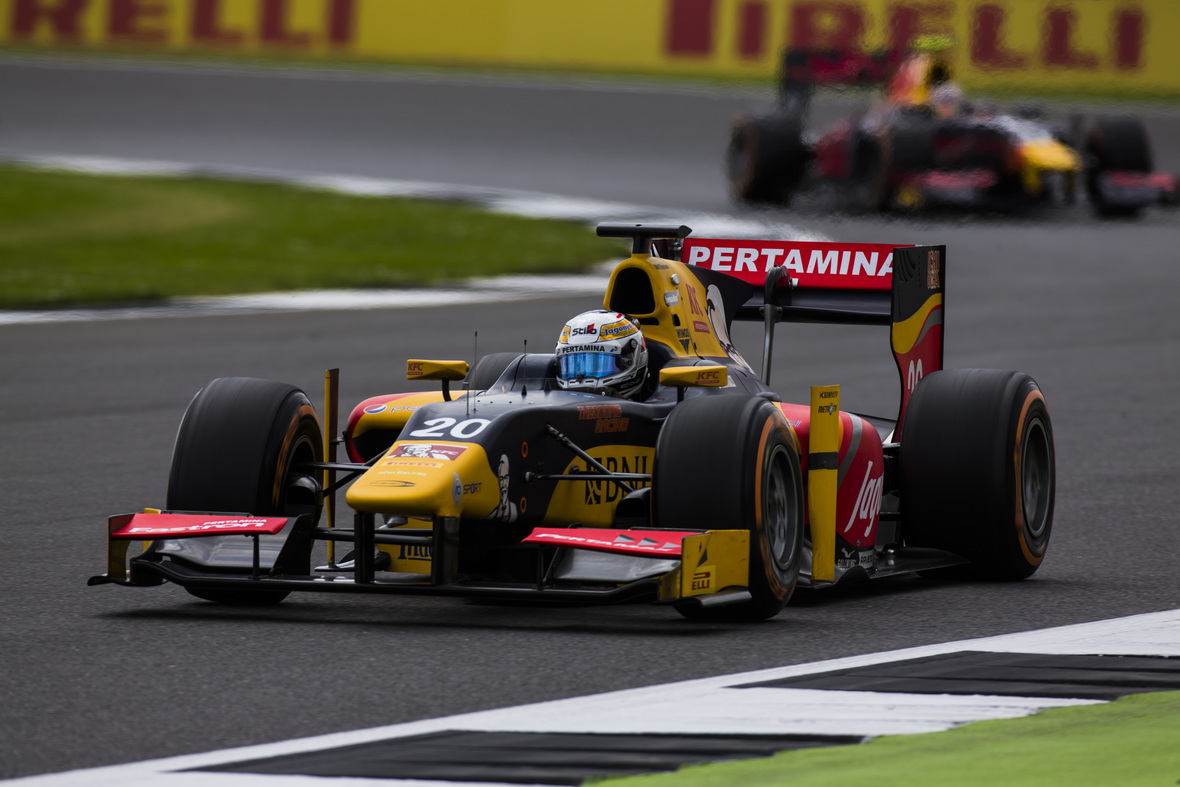 Both the GP2 & GP3 Series titles remain up for grabs at the final event of the season in Abu Dhabi this weekend. Pirelli will supply the GP2 drivers with the P Zero White medium and P Zero Red supersoft tyres, while the P Zero Red supersoft tyre is the sole nominated tyre for GP3. The Yas Marina circuit provides varied challenges and so does the schedule, with sessions at different times of the day during the course of the weekend. The GP2 feature race takes place after the sun has gone down, but the other races are in the heat of the day. With practice taking place in the morning, it will be difficult to accurately forecast the race strategies and obtain a proper read on wear and degradation rates.

The GP2 and GP3 prize-giving ceremony will take place on Sunday night in Abu Dhabi. Among the GP2 awards will be the Pirelli Trophy: a prize given to the driver who has shown the best tyre management skills over the course of the season, according to a panel of international journalists. The champion GP3 driver will also receive a cheque for 200,000 Euros for Pirelli to be put towards a GP2 budget in 2017.

Pirelli’s racing manager Mario Isola: “In both GP2 and GP3, three drivers can become champion in Abu Dhabi. They will hope to follow in the footsteps of last year’s respective champions Stoffel Vandoorne and Esteban Ocon, who have both already raced in Formula 1 and made great impressions, earning themselves full seasons in 2017. Nominating the medium and supersoft for GP2 deliberately produces a large performance gap between the two compounds and it will be interesting to see how the drivers manage that strategically. In GP3, having the softest available compound should help to promote even more great racing. As all the GP3 races take place during the heat of the day, drivers will need to be aware of the effect of track temperature on tyre behaviour.”

The challenge for the tyres: The Yas Marina circuit consists of three distinct sectors. The first features the fastest and longest corners, putting the highest lateral forces on the tyres. The middle sector is made up mostly of two long straights, while the last contains slow and twisting corners. A smooth surface helps to limit wear, but the long straights and slow corners make traction a crucial aspect. Drivers need to avoid wheelspin in order to look after the rear tyres. Setup is a compromise, but medium downforce is favoured in order to ensure good speed down the straights. This places the emphasis on mechanical grip from the tyres for carrying speed around the circuit’s 21 corners.