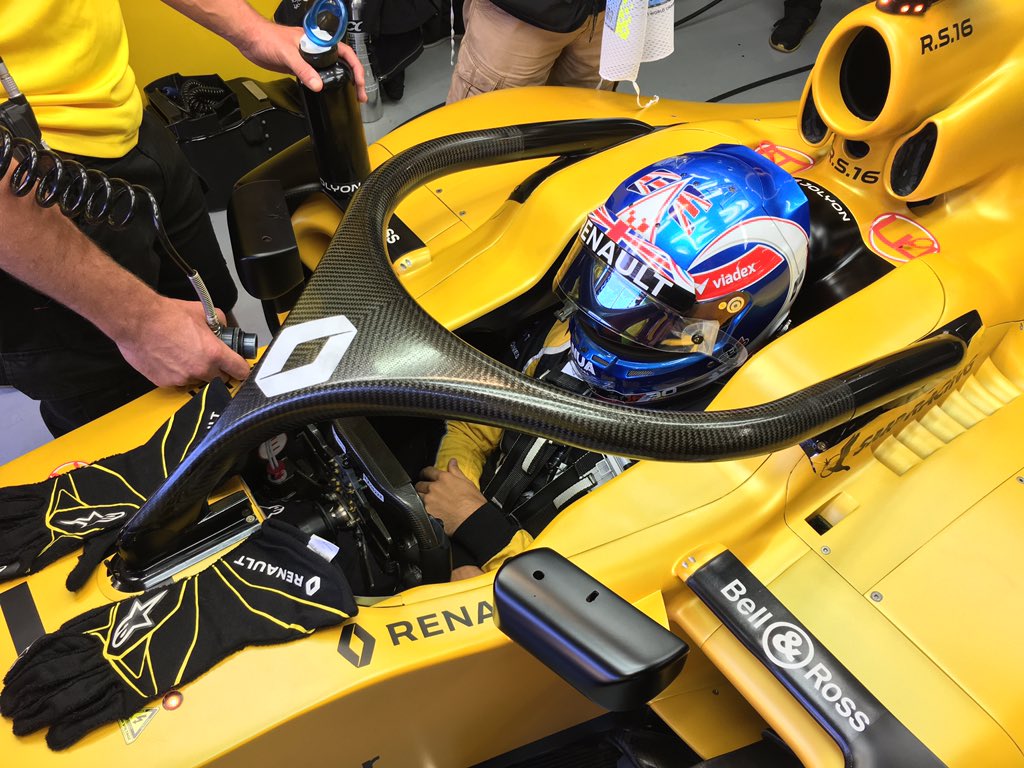 There is no guarantee the controversial Halo concept will make its debut as planned in 2018. That is the claim of Germany’s Auto Motor und Sport,

adding that although the Grand Prix Drivers’ Association is backing the cockpit protection, many drivers are actually not convinced. After becoming one of the latest drivers to test it, for example, Haas’ Romain Grosjean said: “It almost made me sick. I felt something like claustrophobia.”

And the 2017 Renault driver Nico Hulkenberg commented: “It restricts the view, especially when many corners follow in a sequence like in Singapore. I think the FIA delayed the introduction for good reason“. Hulkenberg’s teammate for next year, Jolyon Palmer, agrees: “In a fire, I’d prefer not to have a Halo over the cockpit.” He said that in that scenario, “I think we have to wait to be turned back over. We have complained about that.” Hulkenberg has the same view, saying: “I can barely meet the 10 second proce

dure” for getting out of the car and replacing the steering wheel. Sauber’s Marcus Ericsson said: “It was hard for me to get out.”

So the suggestion is that F1 has progressed so far in terms of safety that Halo may in fact be a retrograde step in some areas. “With the large run-off zones, formula one is no longer as dangerous as it used to be,” Palmer insisted.