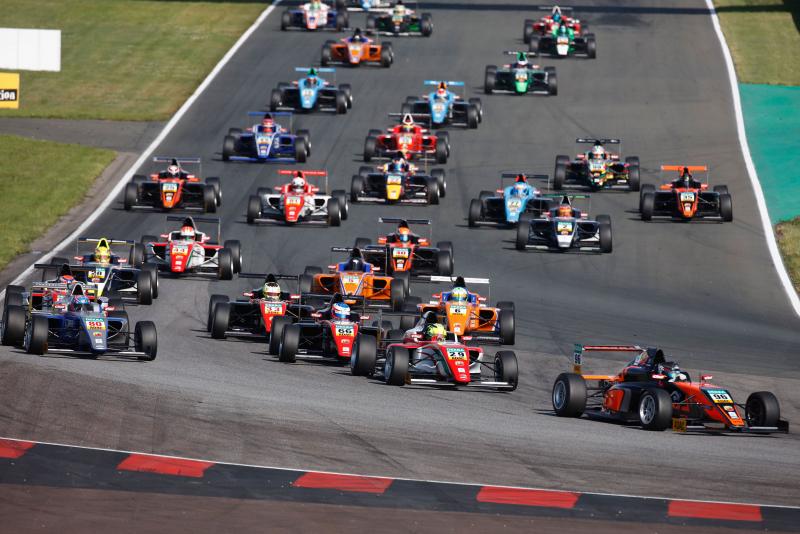 The series organisers and teams are working flat out on plans for the third season of ADAC Formula 4. Just six weeks after the 2016 grand finale at the Hockenheimring, the calendar for next year’s ADAC High Speed Academy has already been published. It includes seven weekends, each featuring three races, at venues in Germany and Austria. On six of these, the ADAC Formula 4 will be run in tandem with the ADAC GT Masters; on the remaining occasion, it will take place in the framework of the TCR International Series. The ADAC Formula 4 races will continue to be shown on the free-to-air TV channel SPORT1.

The talented youngsters get their season off to a start at Oschersleben on the weekend of 28th – 30th April when the Motorsport Arena near Magdeburg plays host to the junior series. Three weeks later (19th – 21st May) comes the highlight of the season, when the DTM and the ADAC GT Masters stage their joint Motorsport Festival Lausitzring and the talented youngsters of ADAC Formula 4 have the honour of sharing the track with the full-time professionals of the DTM and the ADAC GT Masters.

Next stop on the calendar is the Red Bull Ring in Austria (9th – 11th June), followed by a return to the Motorsport Arena Oschersleben when ADAC Formula 4 is contested in the framework of the TCR International Series (7th – 9th July). The Nürburgring plays host on the weekend of 4th – 6th August before the Sachsenring stages the penultimate fixture of the season (15th – 17th September). As usual, the grand finale takes place at the Hockenheimring in Baden-Württemberg. Last year, Joey Mawson (20, Australia, Van Amersfoort Racing) was crowned as the second champion of the ADAC Formula 4 and as successor to the current ADAC GT Masters driver Marvin Dienst (19, Germany). The last three – and potentially decisive – races of 2017 will be contested at Hockenheim on the weekend of 22nd – 24th September.

There has been one major change to the competition rules for the third season of ADAC Formula 4: the maximum number of cars is now limited to 35. This obviates the need for qualifying heats thus guaranteeing that all registered contestants can compete in all three races per weekend. Teams will be able to register for the 2017 ADAC Formula 4 from 28th November onwards. The highly successful ADAC programme for bringing on the next generation of single-seater drivers is celebrating its 25th anniversary this season. In recent years, numerous talented youngsters from the various ADAC series have graduated to the highest echelons of international motor racing, including four of the current crop of Formula 1 drivers: Sebastian Vettel, Nico Rosberg, Nico Hülkenberg and Pascal Wehrlein each won a title in one or other of the predecessor series to ADAC Formula 4.