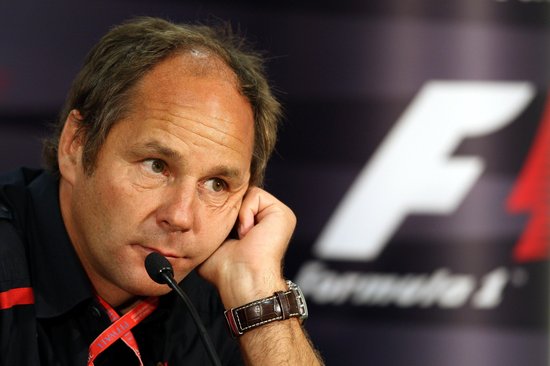 The problem at Ferrari is a lack of good quality chiefs. That is the view of Gerhard Berger, who said that compared to more competitive top teams Mercedes and Red Bull, Ferrari’s management shortfalls are obvious. “You only have to look at the management structure,” the former Ferrari driver told Speed Week in Abu Dhabi. “At Mercedes you have Toto Wolff, Niki Lauda, (Paddy) Lowe, (Andy) Cowell, (Aldo) Costa. Red Bull has (Christia

n) Horner, (Helmut) Marko, (Adrian) Newey and Didi Mateschitz in the background. Only those two teams have such personalities. In comparison, Ferrari is not at this level“.

However, Berger said Ferrari’s issues do not necessarily mean that Vettel was wrong to jump from Red Bull to the great Maranello team after 2014. “When Sebastian went to Ferrari, he probably knew that he would have to build a team around him,” he said. “In Michael Schumacher’s time at Ferrari, he had a brilliant team around him, as Mercedes or Red Bull do now. You need top-class people all pulling together without fighting, and Seb has not succeeded in creating this yet,” Berger added.

his 2016 with a podium in Abu Dhabi, and he insists that Ferrari is making changes for the better – behind the scenes. “A lot has changed for the better in recent months at Ferrari,” the German told Welt am Sonntag newspaper. “Although I am not the team leader, I am fully convinced that the people with the highest responsibilities, who have been criticised very sharply – like our team boss Maurizio Arrivabene – do their jobs very well. However, I do admit that this positive internal process is difficult to see from the outside,” Vettel added. Finally, Vettel denied that his bad mood in recent races, including expletive-laden radio rants, shows that he is not enjoying the process of building up Ferrari. But the quadruple world champion says he has simply had a change of public approach. “I used to feel that I have to always behave well,” Vettel explained. “But now I want to be authentic and show the way that I am.”