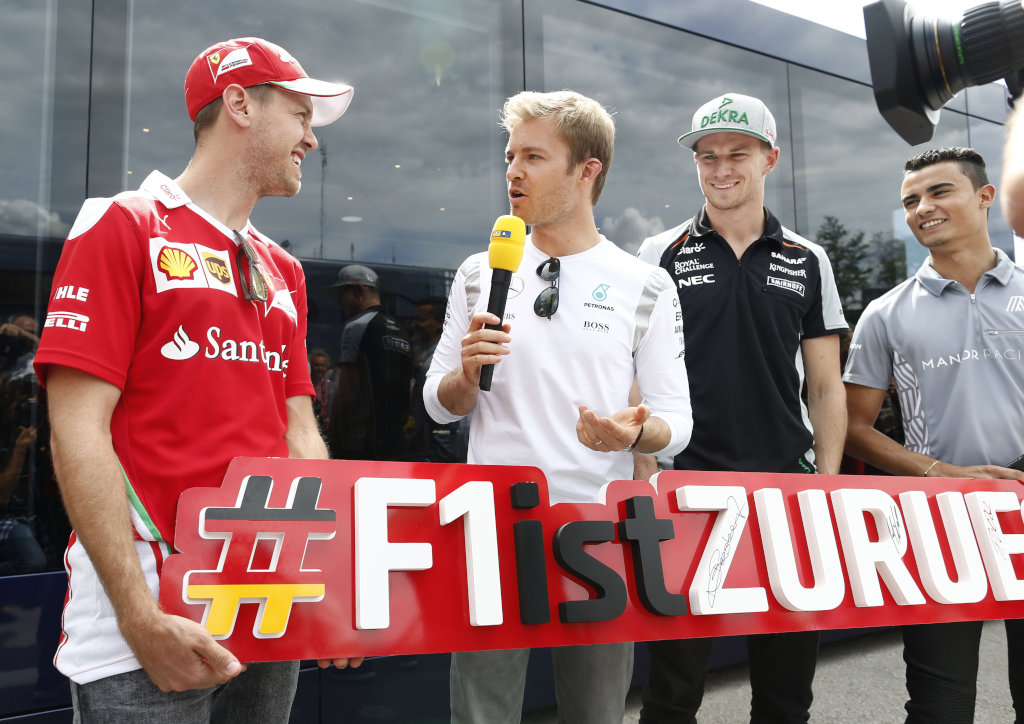 Niki Lauda has linked the demise of the German grand prix with how the public interacts with the country’s champion drivers Sebastian Vettel and Nico Rosberg. In Vienna on Wednesday, the FIA confirmed a tweaked 2017 calendar that ends the controversial clash between Baku and the fabled Le Mans 24 hour sports car race. But also notable was confirmation of the drop from 21 to 20 races, with Germany definitively removed from the calendar. F1 legend and Mercedes team chairman Niki Lauda made a link between the loss of popularity in Germany and the way the public interacts with its successful drivers. “All the great German world champions had a somewhat strange relationship with the population,” he told the newsmagazine Stern. “They are not embraced like footballers are, because somehow this human proximity, this warmth, is missing.”

And some of the reason for that, Lauda explained, is that Vettel in particular is not open enough. “What’s missing is the openness. But I understand and I’d do the same in his place,” said Lauda. “For me, Nico stands somewhere in between. Finding a relationship with the people is not easy.”

Meanwhile, although the asterisk alongside Brazil’s date on the 2017 calendar has been removed by the FIA, authoritative reports insist that the future of the Interlagos race nonetheless remains in doubt. “However, experts predict that Ecclestone will not stop the race in Sao Paulo,” Auto Motor und Sport said.