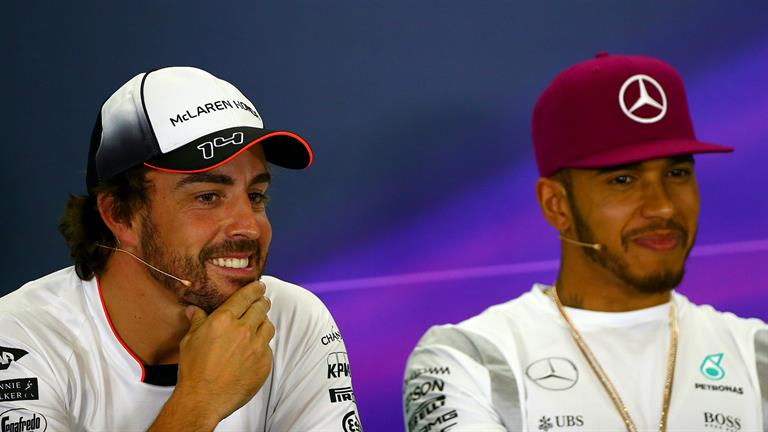 “You have to consider Fernando,” Wolff told Sky Sports. “He is a driver I respect a lot. He combines talent, speed and experience. It’s all there.” However, the cost of buying out Alonso’s contract and the Spaniard’s turbulent relationship with Hamilton could yet prove to be stumbling blocks. Alonso and Hamilton had one troubled season together at McLaren, leading to the Spaniard leaving the team after agreeing an early release from his contract. Two-time champion Alonso is entering the final year of his contract, which may force Mercedes to look elsewhere. With testing due to begin in February, the constructors’ champions will have to move quickly to find a replacement.

Former Mercedes test driver Pascal Wehrlein, 22, remains the most realistic target to join British three-time champion Hamilton, who recently said he “doesn’t care” who Mercedes pick. Wolff added: “He [Alonso] is in a contract with McLaren-Honda at the moment and we just need to weigh all the other options up. Both drivers will have equal status and equal opportunity to the best of our abilities. We owe it to the fans. You can’t have a pecking order.”

The favourites for the seat alongside Hamilton remain Mercedes junior Pascal Wehrlein and Williams driver Valtteri Bottas, who has close links with Wolff. Taking Bottas would also require Mercedes to do a deal with Williams, to whom the Finn is under contract until the end of 2017, but this may be easier than with McLaren as the team use Mercedes engines. Ferrari’s Sebastian Vettel has appeared to rule himself out of the equation. The four-time champion is under contract until the end of next season and the German said at a Ferrari event at the weekend that “it should be clear” he was not an option.