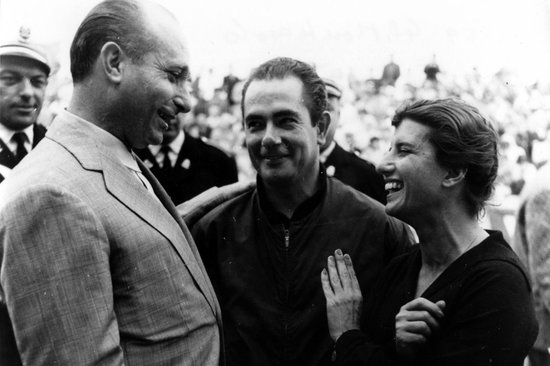 The Grand Prix Drivers Club (F1GPDC), founded more than 50 years ago in 1962 (as CIAPGPF1) by new, former F1 Grand Prix drivers Louis Chiron and Juan Manuel Fangio, will hold its annual General Assembly from June 1st-4th 2017 at The Promenade Hotel in Riccione, in the presence of former F1 drivers who form the 100-strong registered club membership and will vote on the re-election of club officers. This meeting will also be an opportunity to celebrate the club’s 55th anniversary.

The final program is being finalized and will be unveiled in early 2017. At the meeting the Swiss-registered non-profit club will vote on renewing its board: currently the club board President is Howden Ganley (NZ) with Emanuele Pirro (I) and Teddy Pilette (B) elected Vice Presidents and Theo K. Huschek (AUT) Secretary General. The new board of directors once elected will assume the responsibility of directing and managing the club policy and activities. In 2016, Mrs Monisha Kaltenborn, the Sauber F1 Team Principal and Piero Ferrari (Vice Chairman Ferrari), were admitted as honorary members of the F1 GPDC. Other new members that joined in 2016 include F1 Grand Prix Divers Club – F1GPDC.

The 2017 Jean Sage Memorial prize will be awarded at the upcoming General Assembly. It recognizes the recipient for their exemplary commitment, passion and support for the club over the past years. The trophy, created especially for the occasion, will be awarded during an informal ceremony by club President Howden Ganley.