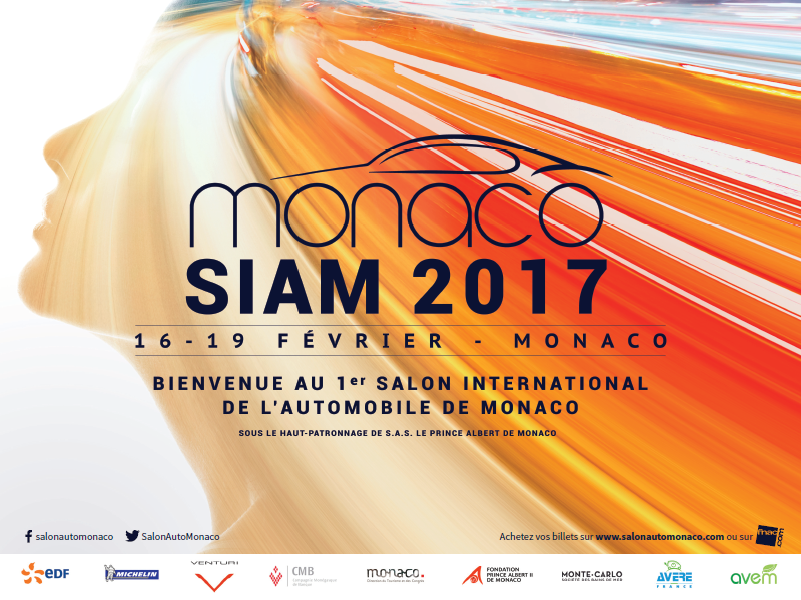 A strong presence of the two Master Partners of the Show: EDF and Michelin, the most beautiful concept car of the year: the Renault TreZor and the concept car of the year the Pininfarina H2 Speed ​​hydrogen / electric hybrid will also be present at the Show, As well as numerous new features from Aixam, Aston Martin, Bentley, Bolloré, Burton’s, Danton, Lamborghini, Lexus, Maserati, McLaren, Mehari, Mercedes, Mitsubishi, Nissan, Porsche, Rolls-Royce, Suzuki, Tesla…

Some vehicles can be tried directly, and a Forum, organized with the support of the Prince Albert II Foundation, will be organized on February 17 at the Grimaldi Forum. With more than 10,000 tickets already booked and more than 1,000 pre-accredited journalists, this first edition, in the heart of the world’s most car-related State in history (3 rallies, 3 grand prizes, 1 museum) is an anounced great succes.

Linked to each other by electric shuttles, the spaces of the Show are located on the most mythical places of the Principality. Tesla will be at the Prince’s Palace Square, Porsche Place of the Casino-Allée François Blanc, the majority of manufacturers, equipment manufacturers, service companies, associations and start-up Quai Albert Ist, and the Forum / Keynotes at the Grimaldi Forum.