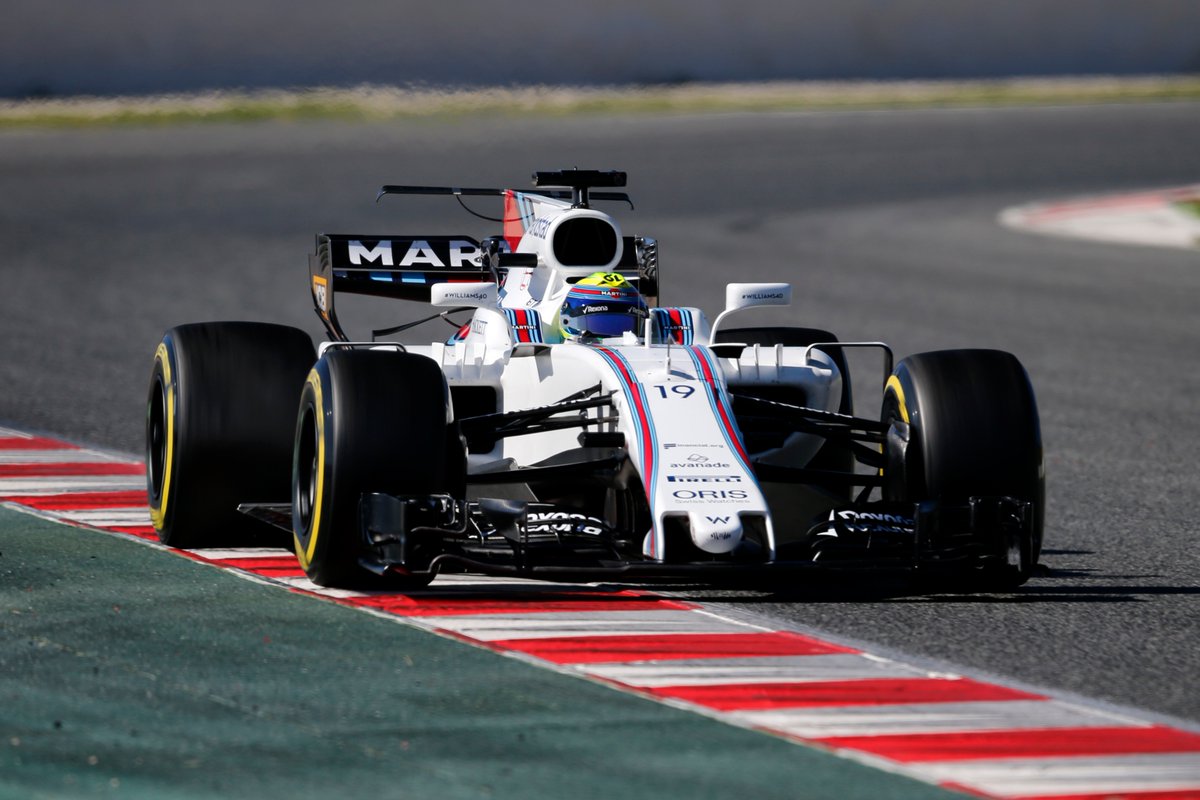 Ferrari’s impressive-looking form continued, with Sebastian Vettel the only other man under the 1m 20s barrier as the German equalled Massa’s lap tally in the SF70H.

Ocon was the third and final driver to exceed 100 laps for the day, the Frenchman totalling 142 in the VJM10 en route to sixth place. Meanwhile, Haas had another fruitful session, with Kevin Magnussen taking eighth after 81 laps. Toro Rosso, who completed the lowest mileage of any team last week, enjoyed a far more promising start today, with Daniil Kvyat steering the Renault-powered STR12 83 times around the Barcelona track. His best time left the Russian ninth in the order. It was a tough start to the week for McLaren, as Honda opted to change the MCL32’s power unit after detecting an electrical issue. It prompted some strong words from racing director Eric Boullier, but Stoffel Vandoorne nonetheless managed 80 laps en route to 10th in the times.

Renault were another team to swap engines mid-session. Jolyon Palmer bore the brunt of the team’s misfortune, clocking up just 15 laps in the morning before handing the R.S.17 to Nico Hulkenberg. He added a further 58 laps in the afternoon, as the Briton and the German finished 13th and seventh fastest respectively. Pascal Wehrlein finally got his first taste of 2017 machinery as he made his test debut with Sauber, having missed last week’s session due to his Race of Champions back injury. The German was 11th quickest, while team mate Marcus Ericsson took over for the afternoon and was 12th, as the Swiss squad added 100 laps to the C36’s mileage chart.