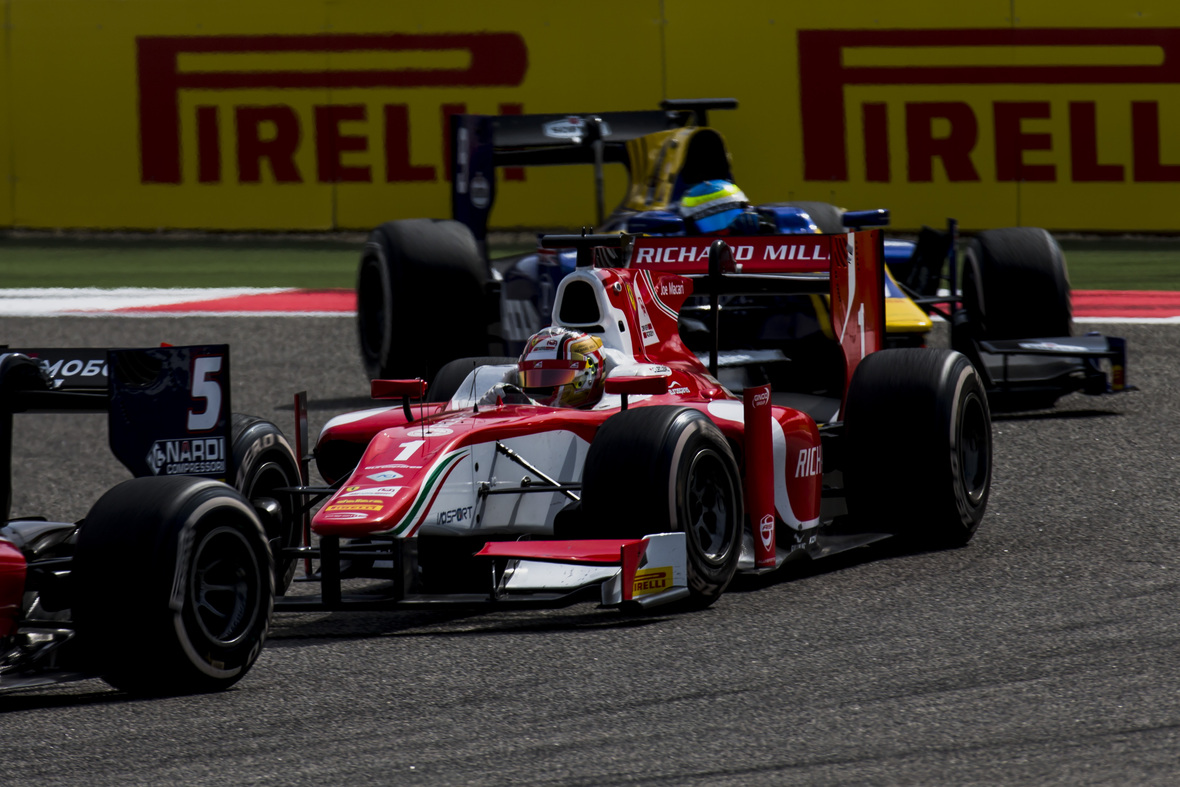 The FIA Formula 2 Championship moves on to Barcelona this weekend for the second round of the 2017 season, with Pirelli supplying the P Zero Orange hard tyre and P Zero Yellow soft tyre. The Spanish Grand Prix weekend will also stage the opening round of this year’s GP3 Series, which enters its eighth season. Pirelli has been the exclusive tyre supplier since the beginning of the series in 2010, and provides the P Zero Orange hard tyre this weekend. Both series have tested at Barcelona this year, so the teams and drivers should have plenty of relevant data to rely on.

Pirelli’s racing manager Mario Isola:  “We witnessed an exciting start to Formula 2 in Bahrain with tyre strategy playing an important role, most notably in Charles Leclerc’s unprecedented and spectacular sprint race victory. With Barcelona being such a demanding circuit on the tyres, we can expect this to be the case again: nominating the hard and soft tyres should help produce some action on a track that is hard to overtake on. In GP3 there is another exciting crop of young drivers looking to follow in the footsteps of not only Leclerc, but also of Formula 1’s newest winner Valtteri Bottas – a former GP3 champion.”

The challenge for the tyres
The Barcelona circuit has many fast corners that put large forces through the tyres. Turn three, a long right-hander through which drivers are constantly accelerating, takes the most life out of the tyres, particularly the front-left. Adding to the demanding nature of the track is a very abrasive surface, which leads to higher rates of wear and degradation. With the Spanish summer approaching, temperatures during the race weekend can be quite warm, particularly compared to when the Formula 2 teams tested at Barcelona in mid-March.

The race and the rules
Formula 2
Every car will have five sets of dry tyres and three sets of wet weather tyres available for the Formula 2 race weekend. The five sets of dry tyres comprise three sets of the hard compound and two sets of the soft compound. The drivers can use their tyre allocation in any way they like, but at least one set of each compound must be used in the feature race (unless it is a wet race). One set of the harder compound must be returned after free practice. Qualifying takes place at 15:55 on Friday, after practice at 12:00. The feature race on Saturday at 15:40 lasts 37 laps and each driver must complete one compulsory pit stop. This cannot take place within the first six laps. Unlike Formula 1, the drivers do not have to start the race using the tyres they qualified on. The grid for the sprint race on Sunday at 10:35 is determined by the finishing order of the first race, with the top eight positions reversed. It is run over 26 laps, with no compulsory pit stops.

GP3
Every car will have three sets of dry tyres and two sets of wet weather tyres available for the GP3 race weekend. Only one compound is nominated: hard for this weekend. The drivers can use the tyre allocation in any way they like. Drivers are normally allowed to carry over one tyre set from the previous round for use in free practice only. As Spain is the opening race, there will be an extra set of hard tyres, so four in total. Qualifying takes place at 09:45 on Saturday morning, after a single free practice session on Friday at 16:45. Race 1 starts at 17:15 on Saturday and lasts for 22 laps, followed by Race Two at 09:25 on Sunday (lasting 17 laps). The grid for Race 2 is determined by the finishing order of the first race, with the top eight positions reversed.