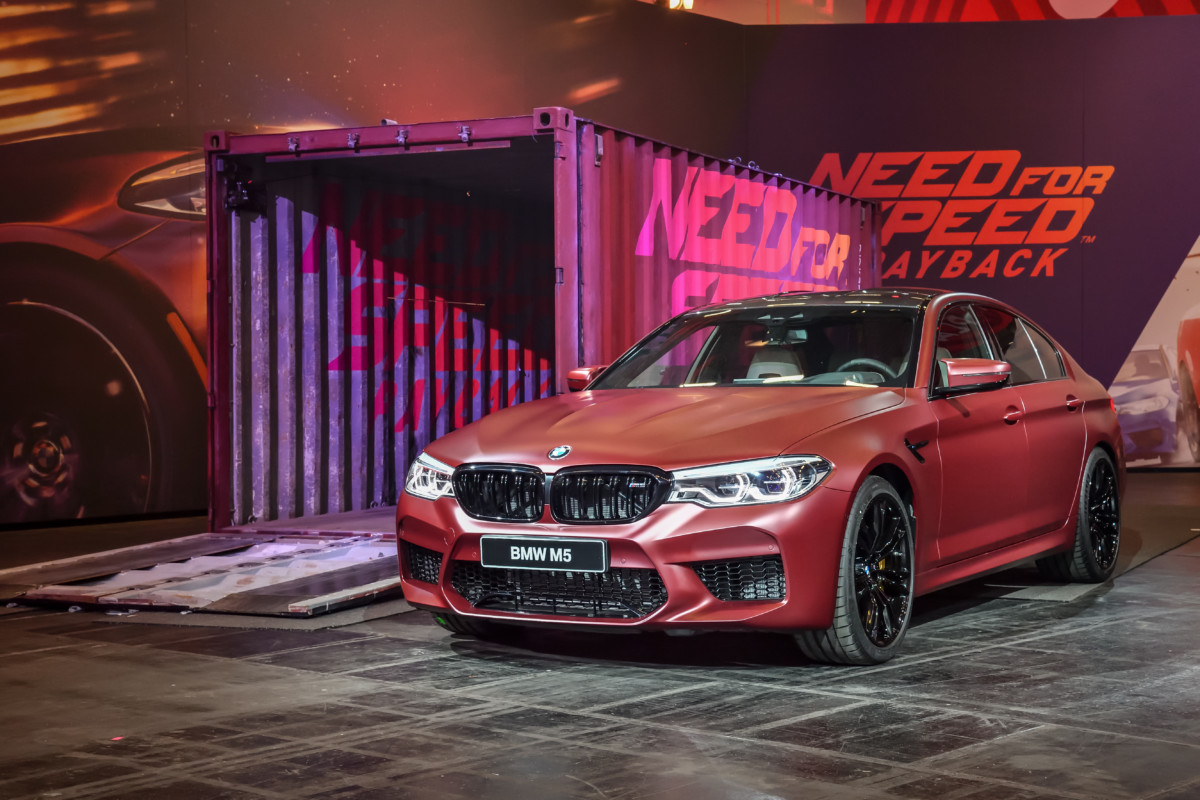 Electronic Arts and the BMW Group debuted the all-new #BMW #M5 in Need for Speed #Payback, the action driving blockbuster releasing this fall. This marks first time BMW has revealed a car through a videogame partnership, unveiling the new BMW M5 at gamescom, Europe’s biggest trade fair for interactive games and entertainment. The new BMW M5 builds on the traditional concept of a luxurious four-door business sedan by appealing to drivers with a taste for high speed and adrenaline. Need for Speed Payback players will be among the first to experience the new M xDrive all-wheel drive as they tear through the city streets and diverse landscape of Fortune Valley this fall.

The M5 takes the BMW M-series into new territory, with 441 kW/600 hp, peak torque of 750 Nm and 10.5 l/100 km fuel consumption combined/ 241 g/km CO2 emissions combined, which promise supreme propulsive power and formidable performance. The new M xDrive developed by BMW M GmbH is the most engaging all-wheel-drive system yet to grace the high-performance segment and will be on display across various terrains in Need for Speed Payback.