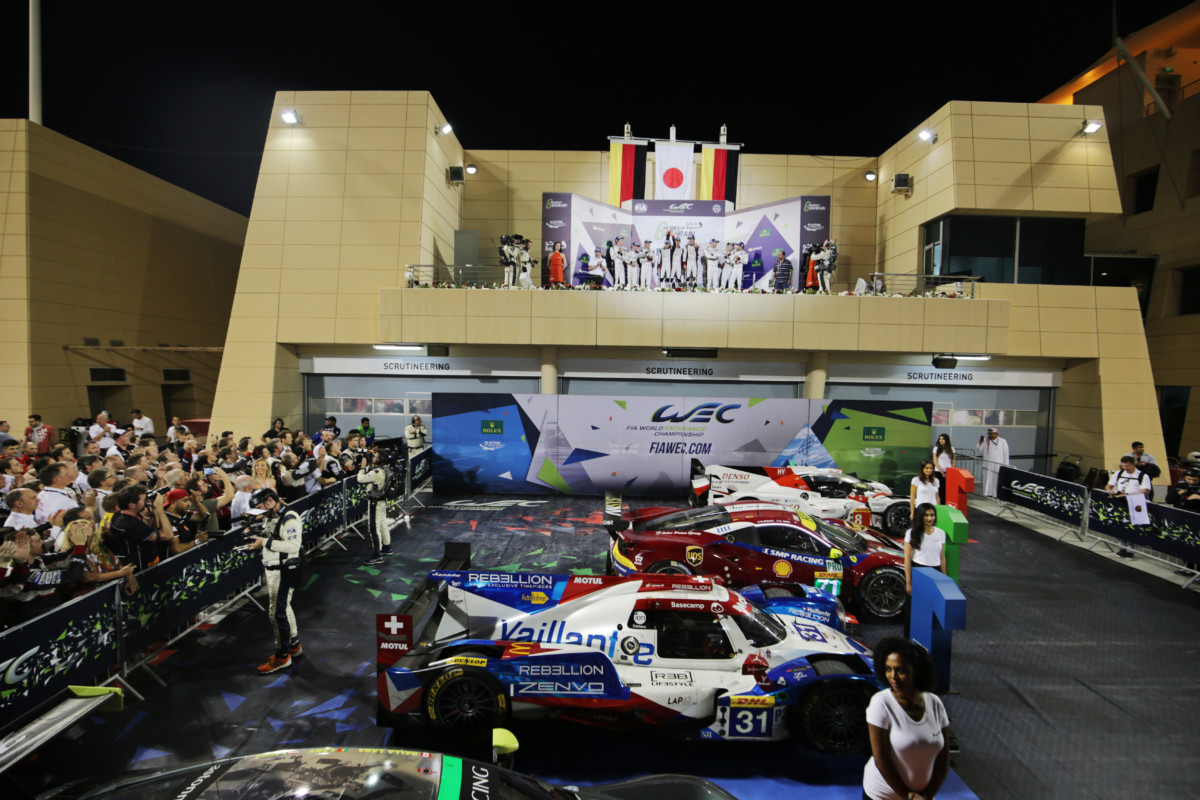 TOYOTA GAZOO Racing won for the fifth time in the nine-race 2017 FIA WEC season with an impressive victory in the Bapco 6 Hours of Bahrain. The #8 TS050 HYBRID of Sébastien Buemi, Anthony Davidson and Kazuki Nakajima won by more than a lap in a race which marked Porsche’s final LMP1 appearance in WEC. Victory tonight for the #8 drivers marked the first time since 1990 that a car crew has won five races during a season of WEC or its predecessor, the World Sportscar Championship. An unfortunate contact with a GT car took the #7 TS050 HYBRID of Mike Conway, Kamui Kobayashi and José María López out of the victory fight and they finished fourth.

The race began in daylight and Sébastien led the TOYOTA challenge after moving into third on the first lap in the #8, with Mike running fourth in the #7 and both cars putting pressure on the Porsches. After 30 minutes, Sébastien took the lead from the #1 Porsche and Mike also got past to establish a TOYOTA one-two. At the first pit stops, the two TS050 HYBRIDs chose different strategies; José took the wheel of the #7 on new tyres while Sébastien stayed in the cockpit of the #8 and only refuelled, retaining his lead.

After an hour darkness fell and the differing tyre strategies began to play out. Just before one-third distance, Kazuki took over the #8 with fresh tyres and dropped to second, although within a few laps he overtook José, on used rubber, for the lead. The team was pushing for a one-two finish until the #7 car, with Kamui at the wheel, fell out of contention with three hours completed. Kamui and the #92 Porsche GT car made contact at turn one, causing a right rear puncture and bodywork damage to the #7. During the resulting safety car, the mechanics worked quickly to repair the #7 and return it to the race, having lost six minutes. It dropped to fourth place, two laps off the lead held by Kazuki. With the four-hour mark approaching, an alternative pit strategy gave Porsche #1 a temporary advantage but Anthony, now at the wheel of the #8, was in hot pursuit and his pressure paid off when the leader hit a GT car and pitted for repairs.

That left the #8 car with a lead of more than one minute going into the final two hours and Anthony recorded impressive lap times to extend the advantage, lapping both Porsches in the process. At the final driver change, the #8 car was comfortably in the lead so Sébastien took over with a no-risk approach and safely took the chequered flag for TOYOTA’s 16th win in its 48th WEC race. Mike brought the #7 home, after a stop-go penalty for the earlier collision, in fourth, three laps behind.

Hisatake Murata, Team President: “It is fantastic to finish the season with a victory. I am proud of the team for their work to prepare a competitive car for this race and then to finish the job in the race. At the end of a long season I want to say thank you to all the competitors, officials and fans who are part of our WEC family. I also would like to thank Porsche for being strong competitors. We have enjoyed fighting with them over the last four seasons and I hope the fans have enjoyed it too.”