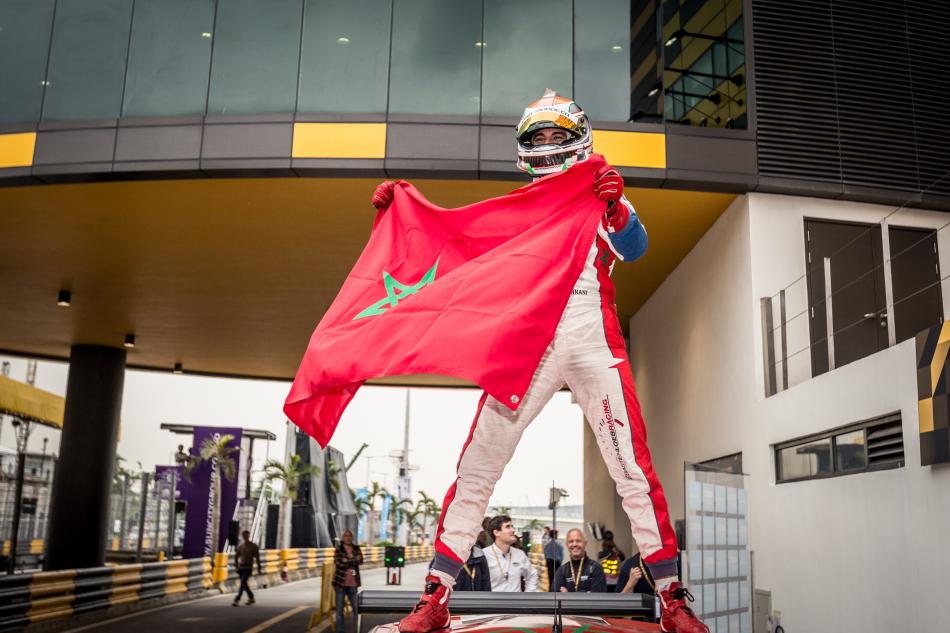 Mehdi Bennani led all the way to claim victory in the Opening Race at WTCC JVCKENWOOD Race of Macau as FIA WTCC title contender Norbert Michelisz was involved a crash that stopped the exciting action early on the tight Guia street track. Sébastien Loeb Racing-run Bennani made a perfect start from his reverse-grid DHL Pole Position and was never challenged in his Citroën C-Elysée WTCC, as Macau veteran Tom Coronel consolidated his second place on the grid with the runner-up spot for ROAL Motorsport.

“It’s very special to win here in Macau,” said a delighted Bennani, whose win was his third of 2017 and the sixth of his WTCC career. “It’s such a challenging circuit and it’s great to put my name with the likes of Schumacher and Senna as a winner at Macau! Thanks to everybody!”.

The race around the 6.120-kilometre track came to an early end after Castrol Honda World Touring Car Team driver Michelisz clipped a wall. His Honda Civic WTCC blocked the track, leaving Esteban Guerrieri, Rob Huff, Tom Chilton and the rest of the field with no way to pass. There was no option but to red flag the race and results were called after five of the scheduled eight laps. Behind Bennani – who also won the WTCC Trophy for independent racers – and Coronel, Ryo Michigami claimed a maiden podium, the first in the WTCC by a Japanese driver, with third place in his Honda Racing Team JAS Civic. He finished ahead of Thed Björk, who restored his 16.5-point championship lead in his Polestar Cyan Racing Volvo S60, having dropped two points to Michelisz in qualifying on Friday.

Björk’s main title rival Michelisz was still classified fifth from eighth on the grid despite his accident. Honda team-mate Esteban Guerrieri was sixth ahead of Main Race DHL Pole Position setter Rob Huff. The Briton and eight-time Suncity Group Guia Race winner started ninth and overtook RC Motorsport’s Kevin Gleason to make progress on a circuit where it is famously difficult to pass. Fellow Briton Tom Chilton was eighth in his Sébastien Loeb Racing Citroën, while Nicky Catsburg took ninth in his Polestar Cyan Racing Volvo. The Dutchman holds third in the standings but is now 1.5 points ahead of Bennani, who moves up to fourth overall. Gleason rounded out the top 10 with John Filippi and Yann Ehrlacher next up. Néstor Girolami finished P13 for Polestar Cyan Racing, Ma Qing Hua took P14 on his WTCC return having crashed in qualifying. Dániel Nagy and Zsolt Dávid Szabó were P15 and P16 respectively in their Zengő Motorsport Hondas. Macau-based Mak Ka Lok (RC Motorsport) finished P17 on his first WTCC start since 2014. Newcomer Po Wah Wong completed the finishers in a Campos Racing Chevrolet RML Cruze TC1.

The Main Race at WTCC JVCKENWOOD Race of Macau takes place on Sunday at 10h45 local time. New regulations for the event will effectively allow teams unlimited OSCARO Repair Time to ready their cars for the event’s 12-lap finale.