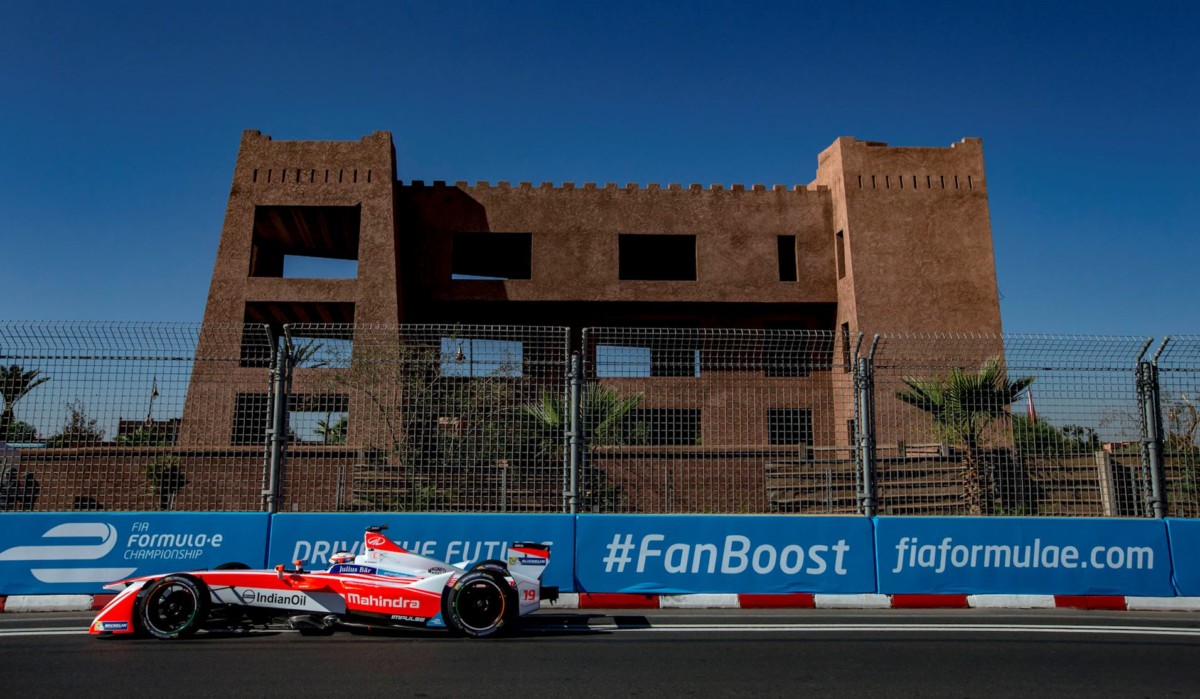 It was (almost) a case of deja vu here in Marrakesh, as last year’s Pole man Felix Rosenqvist and last year’s winner Sebastien Buemi (Renault e.dams) switched places, with Rosenqvist taking the lead in the championship for the first time in his ABB FIA Formula E career. TECHEETAH’s Andre Lotterer started the race at the back of the grid after being disqualified from Qualifying for missing the weighbridge.

With the lights green, a relatively clean Turn 1 followed, proving problematic only for DS Virgin Racing’s Alex Lynn, who spun into the runoff area after Audi Sport ABT Schaeffler’s Daniel Abt collided with him. Quick to serve justice to the German driver, Abt served a drive-through penalty, pushing him down the rankings. Coming into Turn 7, Lotterer spun Renault e.dams Nico Prost, sending him to the back of the pack. But it wasn’t until the last few laps that the final results became clear as last year’s leader – Sebastien Buemi, who’d led the race for 29 laps – was taken on the inside of Turn 7 by last year’s pole sitter Felix Rosenqvist, after pulling off a beautifully executed manoeuvre.

Just moments from the end, a multi-car smash on Turn 10 involving teammates Maro Engel and Mortara as well as Mahindra Racing’s Nick Heidfeld meant all three made it across the line with damaged cars. “Last year was the point where we learnt what we needed to do to and this year we did it,” said Rosenqvist – the new championship leader – after rounding off a celebratory doughnut off the track. Full results and standings here.