WRC Messico: Loeb out, Meeke in lotta per il podio 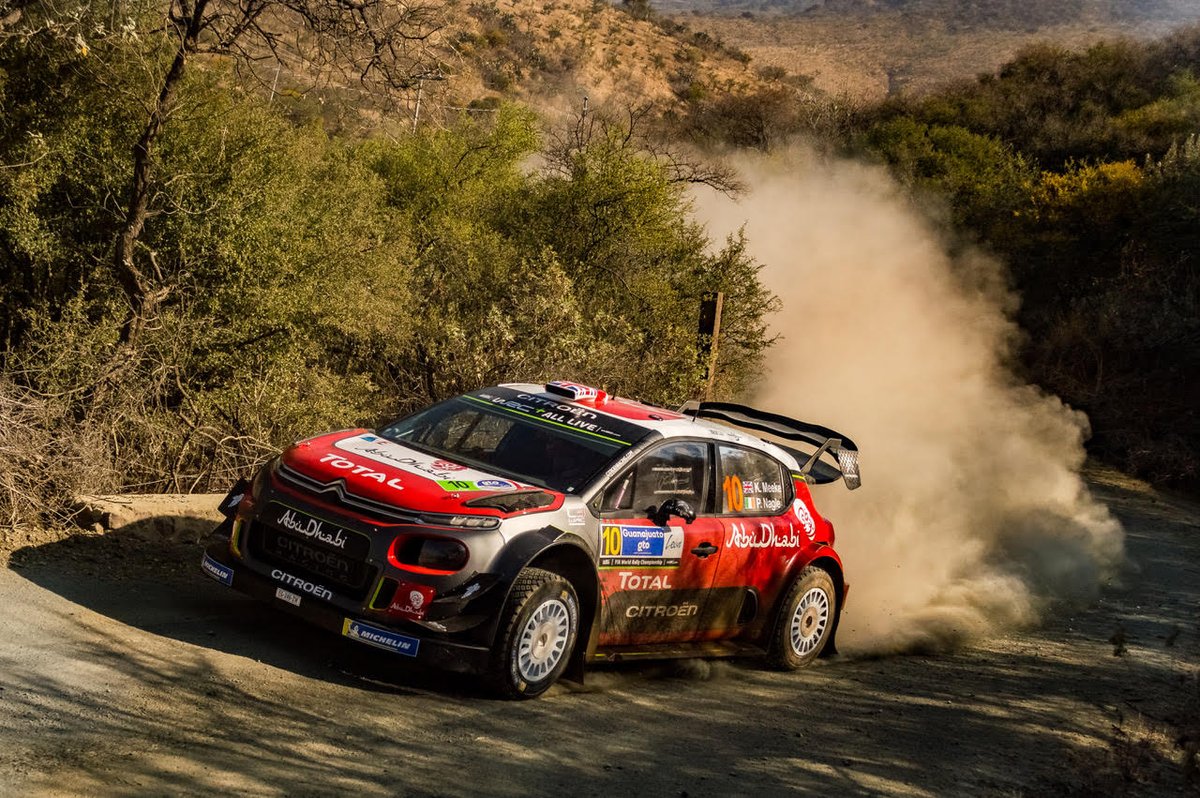 Citroën Total Abu Dhabi WRT experienced contrasting emotions on day three as its iconic crew Sébastien Loeb and Daniel Elena authoritatively took the lead, before unfortunately picking up a puncture that dropped them back to fifth overall. Meanwhile, Kris Meeke and Paul Nagle were also in good form as they moved up to second and claimed another stage win, and are in with a very strong chance of a podium finish today. Kicking off with the thirty-one or so kilometres of Guanajuatito, the second proper day of racing began with a serious challenge. This stage is renowned for offering the full set of difficulties that make Mexico the great event it is: incredibly narrow and technically demanding roads, lined with treacherous rocks and stones, which call for precise yet flexible driving.

It was on this tricky stage that Sébastien Loeb decided to strike a telling blow. The eclectic 44 year-old driver moved into the overall lead with another stage win, his third since the start of the rally! It confirmed that the French ace was totally at one with his C3 WRC, which has been especially competitive this weekend. Kris Meeke refused to be left out, however, as the Northern Irishman followed up his promotion into third on the first stage of the day by winning the next one (SS12). The two men therefore concluded the first loop in first and third places respectively.

Unfortunately, Sébastien Loeb and Daniel Elena’s masterful display would prove to be short-lived. A puncture at the start of the afternoon loop (SS14) cost the nine-time world rally champions more than two minutes and with it, their hopes of a podium spot evaporated. This misfortune takes nothing away from their incredible performance, six years after their last appearance in Mexico and more than three years after last contesting a WRC rally. At the same time, Kris Meeke struck a mighty blow as he moved up another place in the standings. Despite a spin (SS15), the 38 year-old Ulsterman then managed to hold onto second position until the end of the day, with a 10.9s lead over the third-placed driver. With such narrow gaps, today’s final leg – which features three stages (46.46 kilometres) – promises to be action-packed again.

morning, it was really nice to be able to confirm yesterday’s performance and hold the overall lead six years after my last Rally Mexico. To be honest, I hadn’t expected to be in this position before the start but it’s reassuring to know that I haven’t lost my driving skills! It was all set to be a good battle at the front until we got the puncture. There were two successive corners with stones on the inside of the bend. We went over them a little and one of them proved fatal. The mistake we made was to change the wheel. I wasn’t very familiar with how these tyres last and our instinct was the wrong one, probably from cross-country rallying, in fact! We would have lost a lot less time had we not stopped to change the tyre, but that’s just the way it goes. We’ll now try and make it to the finish, and enjoy driving the car as much as possible.”