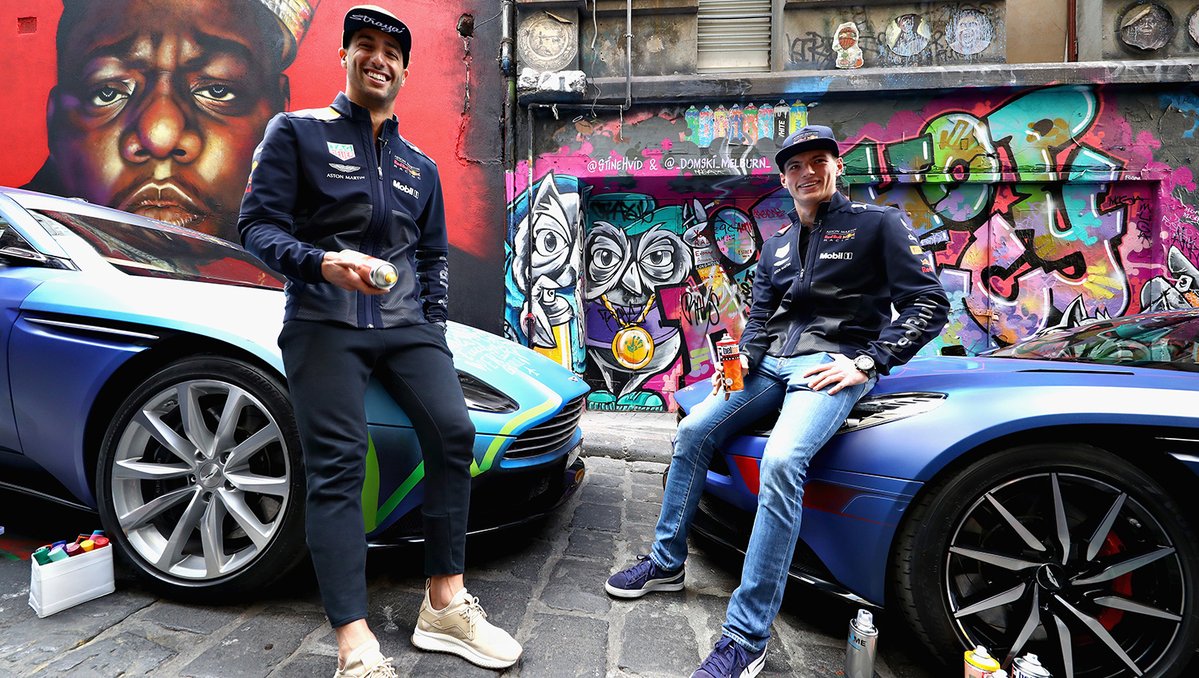 The location for this morning’s workshop was Hosier Lane, graffiti central in the Melbourne CBD. The bluestone laneway hidden away behind Flinders Street Station is an internationally-renowned street art venue, attracting artists from all around the world. It takes something special to draw the eye away from the exuberance of colour and shape on the walls but two Aston Martin DB11s can do that – especially with a distinctly non-standard colour scheme. Our drivers weren’t exactly allowed to go wild. Julian and friends had done the heavy lifting, customising the cars in the colours of the drivers’ helmets. Daniel and Max, with the aid of a stencil, got to fill in their racing numbers in shades of their choice. The results were… different.

“I’ve been reconfirming that I’m not a good artist – but I’ve been trying,” said Daniel. “I think the boys did a pretty good job of it prior to me destroying it!”

Daniel described his car – the bits he hadn’t touched – as “awesome”, especially the Honey Badger on the passenger door. He attributed his less-than-stellar efforts to the surprise factor. “I knew we were going to be spray-painting – I didn’t think it was going to be on an Aston Martin! I want to say mine is better than Max’s…”. A diplomatic Max Verstappen neither confirms nor denied this assessment. “I think mine looks decent. My little add-ons are perhaps not quite so professional – but I enjoyed myself. It’s been a pretty cool morning. It’s the first time I’ve painted a car – so quite funny to start with a DB11.”

After the spray cans were gently removed from their hand and put out of harm’s way, Daniel and Max did a round of media interviews. The theme of their comments was strikingly similar: the winter has been too long; they’re eager to go racing again. Sunday’s Australian Grand Prix can’t come soon enough.

When it comes to the media… Spray it don’t say it 😉 🇦🇺 #AusGP pic.twitter.com/2pf2ZzW7tj