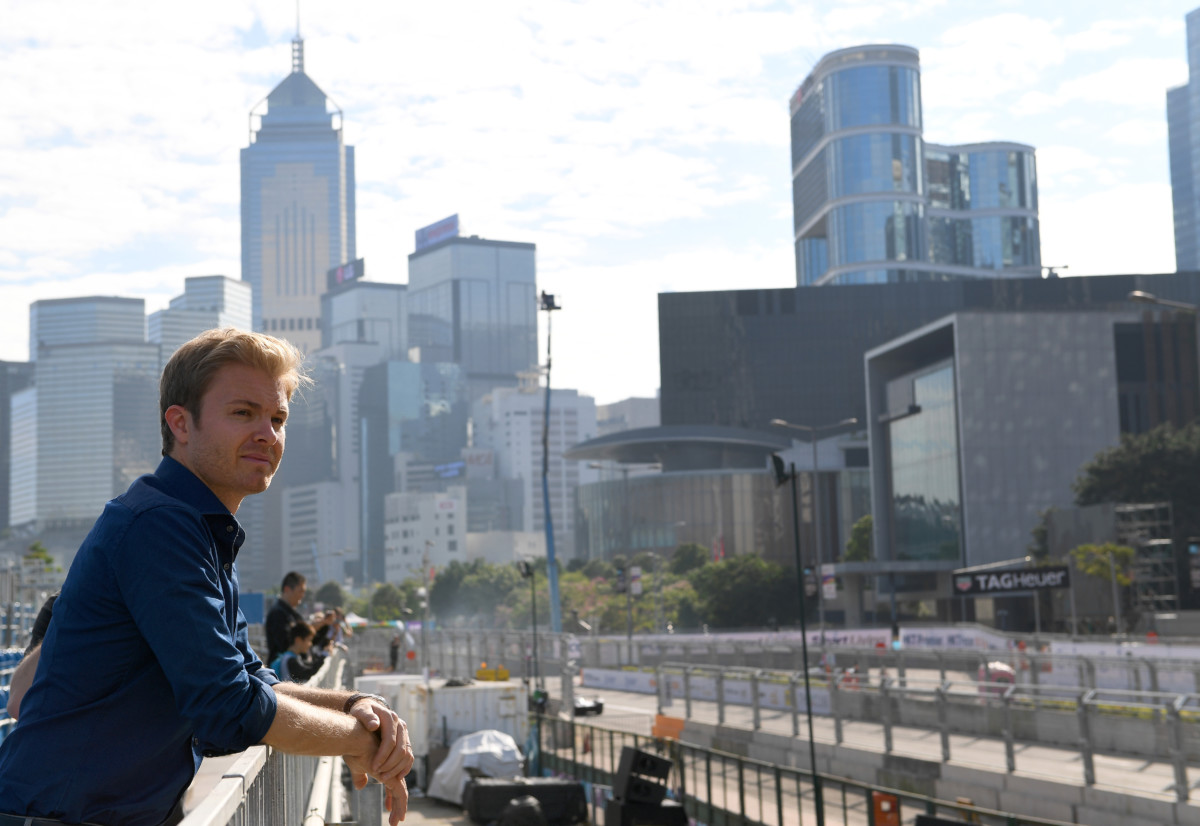 Nico Rosberg will treat fans of the ABB FIA Formula E Championship at the Berlin E-Prix to the first public demonstration of the Gen2 car, getting behind the wheel of the striking new model for next season – as well as disclosing his long-term commitment to the series as an investor. The German star and champion driver is set to make a one-off appearance ahead of the race at Tempelhof Airport on May 19 to drive the next generation Formula E car, which hit the headlines at the Geneva Motor Show last month and is scheduled to make its competitive debut in season five. Rosberg will buckle-up and take to the track during a dedicated 10-minute slot prior to proceedings getting underway for the fourth edition of the Berlin E-Prix – round nine of the ABB FIA Formula E Championship. In addition to shaking down the new car, Rosberg has re-affirmed his position as a keen supporter of e-mobility and the electric street racing series – by confirming he’s already a long-term investor and shareholder in Formula E. The Gen2 car not only boasts a futuristic new-look for Formula E, but also shows a clear jump in performance over a race distance and almost double the energy storage capacity.

Alejandro Agag, Founder & CEO of Formula E, said: “It’s a very special moment to see a new car running for the first time in public and it requires an equally special name to have that honour. To see a name like Rosberg taking the wheel of the Gen2 car in front of the German fans in Berlin is a great moment for the series. He’s such an incredible ambassador for world motorsport and a champion – so it’s also another fantastic endorsement for the ABB FIA Formula E Championship to have Nico as an investor and shareholder of Formula E.”

Nico Rosberg, said: “I’m really excited to get behind the wheel of the Gen2 car. It will be great to experience this high-performance e-mobility car and let’s see if I still have it in me! It makes it even more special that I’m able to do this at the Berlin E-Prix, as I’ve always loved racing in my home country – Germany. Since my retirement, I’ve become very interested in the e-mobility movement and its potential to positively impact our society and our planet. I’ve therefore also long believed in the potential of Formula E and came on board as an investor some time ago.”