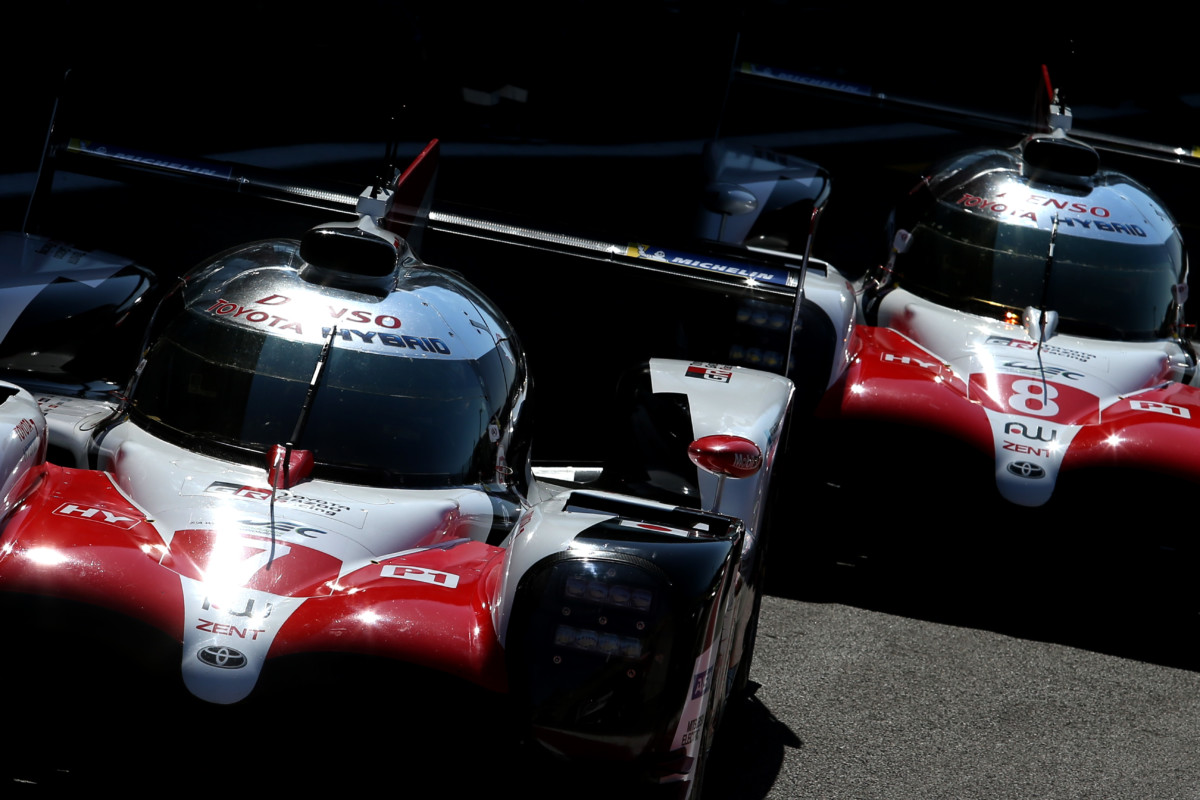 TOYOTA GAZOO Racing made the perfect start to the 2018-19 FIA World Endurance Championship (WEC) season by taking pole position for the season-opening Total 6 Hours of Spa-Francorchamps.

Mike Conway and Kamui Kobayashi, in the #7 TS050 HYBRID they share with José María López, took pole position with a 1min 54.583secs average of their fastest laps during a qualifying session which was delayed by 45 minutes due to two red flag periods.

Fernando Alonso took part in his first WEC qualifying session alongside team-mate Kazuki Nakajima and they completed a TOYOTA clean sweep. They will start second on the grid in the #8 TS050 HYBRID shared with Sébastien Buemi. That result means TOYOTA will start from pole position for the 15th time as it attempts to win a fourth consecutive WEC race, and 17th in total. Mike and Fernando were first in their respective cars, eventually setting a lap time after a five minute delay caused by a stranded LMP1 car. But Kamui and Kazuki had to wait even longer to set their lap times; a heavy accident for another LMP1 car took 40 minutes to clear but they kept their concentration and ultimately the #7 car took pole position by 0.379secs.

The pole position-winning #7 TS050 HYBRID of Mike Conway, Kamui Kobayashi and José María López will start the 6 Hours of Spa-Francorchamps from the pit lane after an administrative error resulted in the cancelation of the car’s qualifying lap times. An incorrect identification number for the car’s fuel flow meter was declared for the #7 prior to qualifying. This subsequently emerged during post-qualifying scrutineering. As a result, the car will start from the pit lane, one lap behind the field. The team accepts full responsibility for the error, which had no impact whatsoever on car performance. The fuel flow meter which was used in the #7 was fully homologated and calibrated. Team processes and procedures will be strengthened immediately to avoid any repeat of this unfortunate error. The situation means the #8 TS050 HYBRID of Sébastien Buemi, Kazuki Nakajima and Fernando Alonso will start from pole position. The point earned for pole position gives TOYOTA GAZOO Racing an early advantage in the teams’ World Championship standings, with a clear target to strengthen that position in Saturday’s race, which begins at 1.30pm local time.