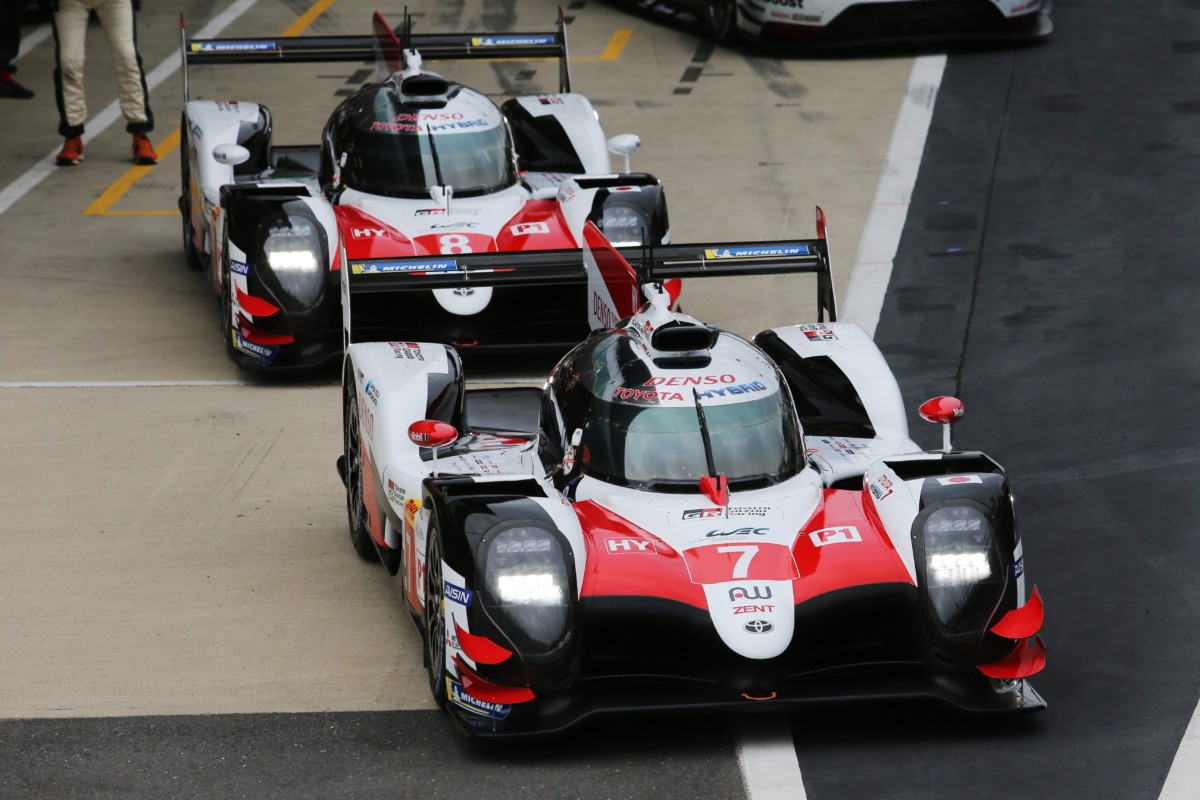 TOYOTA GAZOO Racing continued its strong start to the 2018-19 FIA World Endurance Championship (WEC) season by taking pole position for round three, the 6 Hours of Silverstone. Following two consecutive victories from pole position, including the Le Mans 24 Hours in June, TOYOTA leads both teams’ and drivers’ World Championship and the positive run continued in qualifying today with a front row lock-out in Great Britain. The #7 TS050 HYBRID of Mike Conway, Kamui Kobayashi and José María López set the fastest time of the session to earn the top spot by 0.411secs from the #8 TS050 HYBRID of World Championship leaders Sébastien Buemi, Kazuki Nakajima and Fernando Alonso.

The battle was a close one from the beginning, with Fernando setting the standard in the #8 with his first flying lap, which already improved on last year’s pole position time. Mike had abandoned his first flying lap in the #7 after losing time in the first corners but kept his focus to beat Fernando’s time by just 0.020secs. That left José and Kazuki to battle it out for pole position on their flying laps. Kazuki’s first lap put the #8 car in the hunt but his time was deleted due to a track limits infringement, giving him a difficult task to overhaul José’s quick lap. With an additional lap of tyre wear to contend with, Kazuki’s second effort was inevitably marginally slower than his first and he therefore earned second place. Pole position secured a World Championship point for the #7 drivers and the team but the main target is to take maximum points for TOYOTA from Sunday’s race by earning a third consecutive one-two victory to maintain the team’s perfect start to the season.

Mike Conway (TS050 HYBRID #7): “It wasn’t the best start; I had a couple of moments and lost a few tenths so I knew I had to abort and save the tyres. My second lap was pretty good, although I was being extra careful due to track limits. José jumped in and did a quick lap which was really impressive considering he didn’t get new tyres. The car has been solid from the start of the weekend so it looks positive for tomorrow.”

José María López (TS050 HYBRID #7): “I am very happy to be on pole even if of course the main objective is to be P1 tomorrow. We’ve been on pole a few times and not got the win so our target is clear. Qualifying went well. I was a bit nervous when Mike aborted his first effort but he did a great job and earned a small advantage. I knew I had to keep that gap and I was happy with my time. It’s good to start in front but it’s a long race so we will see tomorrow.”

Kazuki Nakajima (TS050 HYBRID #8): “Getting a one-two obviously means that it was a good day for the team; congratulations to car #7. For myself I was a little bit disappointed with the track limits mistake because I thought I was within the limits. But I think that car #7 would have been ahead of us anyway even without that mistake. Still we are happy with the day and look forward to the race tomorrow where we will try to reverse the order.”

nando Alonso (TS050 HYBRID #8): “We had a good day. In third practice we tested a couple of different options and we prepared very well for the race, which is the main target for us. Qualifying is always tricky because you use the hybrid system differently for just one lap and we have focused more on race pace. I am happy for the team with the one-two and we will try to take another win tomorrow.”