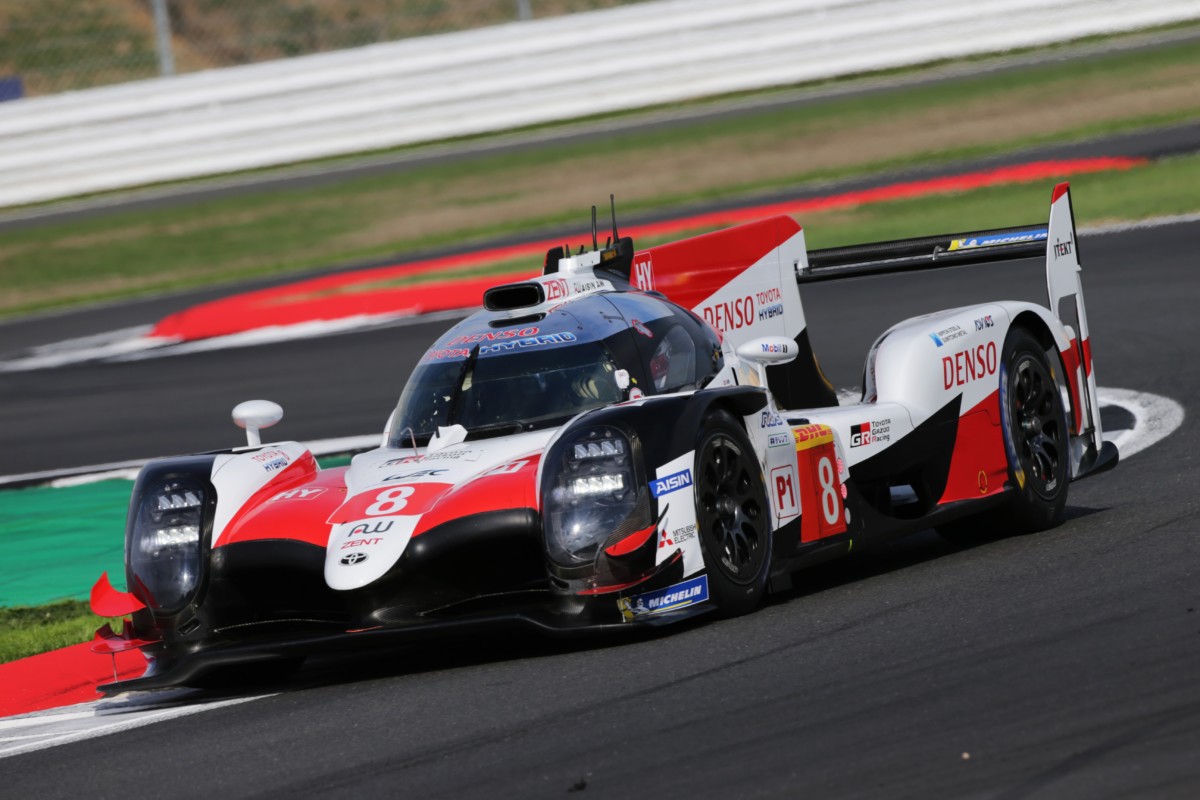 Following a nine-week break since its one-two victory in the Le Mans 24 Hours, Toyota Gazoo Racing was back in action with two 90-minute practice sessions at Silverstone, a track on which it has won twice previously. A productive day saw the #7 TS050 HYBRID of Mike Conway, Kamui Kobayashi and José María López set the fastest time in both sessions, closely followed by the sister car of World Championship leaders Sébastien Buemi, Kazuki Nakajima and Fernando Alonso, winners of the opening two races of the season. Silverstone has changed since TOYOTA won the last WEC race here in April 2017, with a completely new track surface giving the drivers and engineers plenty to study, while both cars used the high-downforce package for the first time since Bahrain last year. However, incidents for other cars during the first session caused two long red flag periods and restricted the time available to gather data.

Second practice, which ran into the early evening, was a smoother affair, giving both cars more time to optimise set-up and hybrid setting, as well as analysing the various compounds of Michelin tyre around the 5.901km Silverstone lay-out. At the end of three hours of practice, the two TS050 HYBRIDs had completed 146 laps, 861km. The team has a final chance to fine-tune the cars before qualifying with a one-hour final practice session on Saturday morning.

Mike Conway (TS050 HYBRID #7): “We did a lot of test items and tried to get a good understanding of what we will do for the race. The car feels strong but it is always tricky to get clean laps here; hopefully we get that in qualifying. The track was getting better from session to session and I noticed that the grip level of the new surface is a bit better than it was previously.”

Kamui Kobayashi (TS050 HYBRID #7): “It has been quite a smooth day. After running the low-downforce car at Le Mans we came back to the high-downforce version; we are constantly pushing to improve and I think we have made a positive start. I think we have prepared as well as possible and everything looks promising up to now; we will see more tomorrow.”

José María López (TS050 HYBRID #7): “The first day went well for us but it’s still just the beginning; it is a long weekend so we have to keep working hard. We focused on getting ourselves ready for the race and understanding the traffic. From my side I am quite happy. I didn’t drive so much today because of the red flags in the first session but I did the fastest lap in second practice which shows the car is good.”

Fernando Alonso (TS050 HYBRID #8): “It’s great to be back here at Silverstone and it has gone well today; we had two clean and trouble-free sessions so we managed to put in plenty of laps. This meant we got lots of information about the tyres and set-up. Now we have to look at the data and optimise everything before qualifying so we are in the best possible position.”

Sébastien Buemi (TS050 HYBRID #8): “It has been a long time since Le Mans so it was a pleasure to be back in the car. It was a good day and a decent start to the event for us. We had no issues and did lots of laps so we could do a useful comparison of the different tyre specifications. I am happy and I’m looking forward to qualifying and the race.”

Kazuki Nakajima (TS050 HYBRID #8): “We tried to optimise our set-up and try different compounds of tyres which could be a key point for the race. We got some interesting results so we need to look at this in detail. We’ve got the high-downforce package here which is almost the same as we had at the end of last season so we’re familiar with it and it felt good today.”