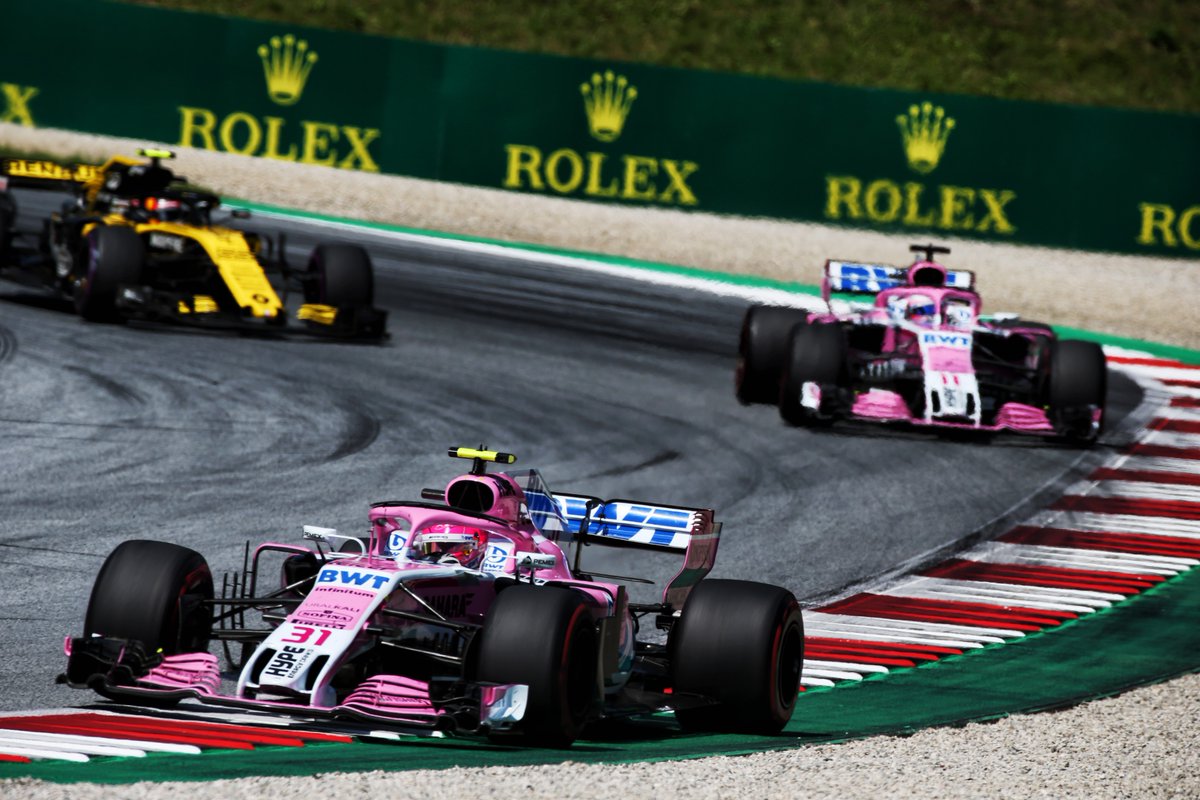 Since the Force India Formula One Team Limited was placed into administration on 27 July, the FIA has worked in collaboration with the Joint Administrators (Geoff Rowley and Jason Baker of FRP Advisory LLP), Racing Point UK Limited and Formula One Management to ensure the expedient and compliant transition of the team’s assets to the new entrant. This successful process has protected motor sport competition at the highest level, as well as the jobs of over 400 employees.

Following a disciplinary investigation and prosecution by the FIA under Article 4 of the FIA’s Judicial and Disciplinary Rules, the Sahara Force India F1 Team has accepted its exclusion from the 2018 FIA Formula One World Championship with immediate effect, due to its incapacity to comply with Article 8.2 of the Sporting Regulations moving forward, and forfeits all Constructors Championship points under Article 6.2.

The Joint Administrators of Force India Formula One Team Limited have completed the sale of the business and its assets to Racing Point UK Limited, the investment consortium led by Lawrence Stroll and the team’s senior management.

FIA President Jean Todt said: “I am very pleased that a strong, positive outcome has been reached and welcome the mid-season entry of Racing Point Force India. Creating an environment of financial stability in Formula One is one of the key challenges faced by the sport, however thanks to the hard work of the FIA, the Joint Administrators, Racing Point and Formula One Management we have a situation now that safeguards the future for all of the highly-talented employees, and will maintain the fair and regulated championship competition for the second half of the season.”

Formula 1 Chairman and CEO Chase Carey said: “We are very pleased that the situation around Racing Point Force India has been resolved and that the team will continue to race in Formula 1. It is also very gratifying that in partnership with the stakeholders involved we have been able to safeguard the livelihoods of the many hundreds of people working at its Silverstone base. It’s enormously important that we have a full grid of competitive, capable teams in Formula 1 and we are confident that Racing Point Force India will go from strength to strength in the future.”

Joint Administrator Geoff Rowley said: “This has been a complex process, but as a result of following a detailed and thorough procedure we have achieved a successful outcome. Under its new ownership, the team will now be able to operate to its full potential and its future is secured.”

Racing Point Force India today welcomed the FIA’s decision, which enables the team to race this weekend at the Belgian Grand Prix.

Team Principal and Chief Executive Officer of Racing Point UK Limited, Otmar Szafnauer, said: “The new Racing Point Force India Team is delighted to be able to race when the championship resumes in Belgium this weekend. This heralds a new and exciting chapter for us. Just a few weeks ago, an uncertain future lay ahead, with more than 400 jobs at risk; now the new team has the backing of a consortium of investors, led by Lawrence Stroll, who believe in us as a team, in our expertise and in our potential to achieve success on the track. We are grateful to the FIA, the Joint Administrators and Formula One Management for their support in helping us achieve such a welcome outcome and ultimately, we trust, for the sport and its many fans.”

Otmar Szafnauer becomes our Team Principal and CEO. Otmar has been with Force India since 2010 as Chief Operating Officer and has played a pivotal role in the team’s progress up the grid.

The team’s Deputy Team Principal, Robert Fernley, will stand down from his role. pic.twitter.com/GLJae81cys