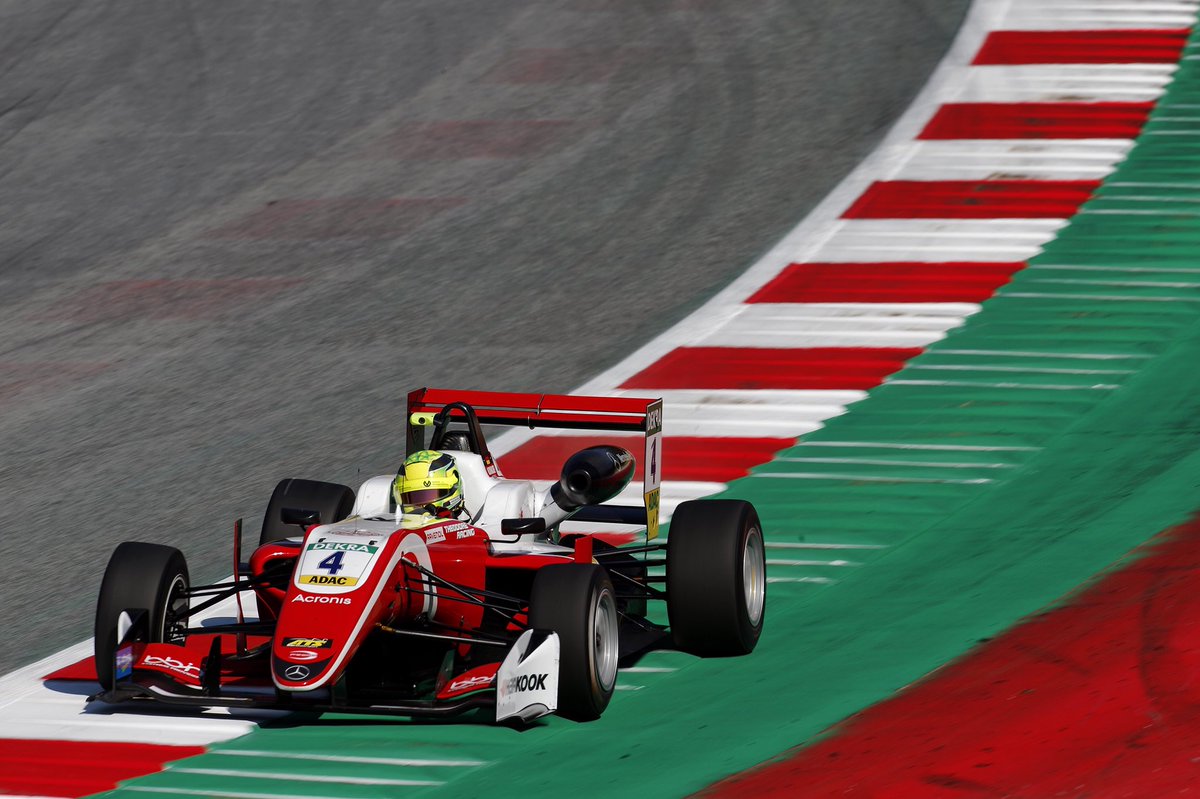 In the penultimate round of the FIA Formula 3 European Championship, another spectacular result in qualifying 1, with the third straight pole for Mick Schumacher. The 19-year-old German made another step in his exciting chase for the championship at the Austrian venue, and posted a sensational lap to top his closest contender by more than two tenths of a second. For PREMA Theodore Racing, this is the 12th pole position of the season and a good way to head into the first day of racing at the Styrian venue. Ending up behind Schumacher were the team’s two Ferrari Driver Academy-supported rookies, Robert Shwartzman and Marcus Armstrong. Eventually, the Russian got the nod on his team-mate by just 4 hundreds of a second. It was a tougher day than expected for Ralf Aron and Guanyu Zhou. The Estonian suffered for some balance issues, while the Chinese racer also struggled a bit with traffic. In the end, they finished in P10 and P11 respectively.

“It’s amazing to get my third straight pole here at Red Bull Ring. We are gaining more and more momentum and for sure starting off with a result like this is really motivating for the rest of the weekend. The car is great and we are competitive in every condition so whatever weather we will find tomorrow, we will give our 100 percent to take home the win.”