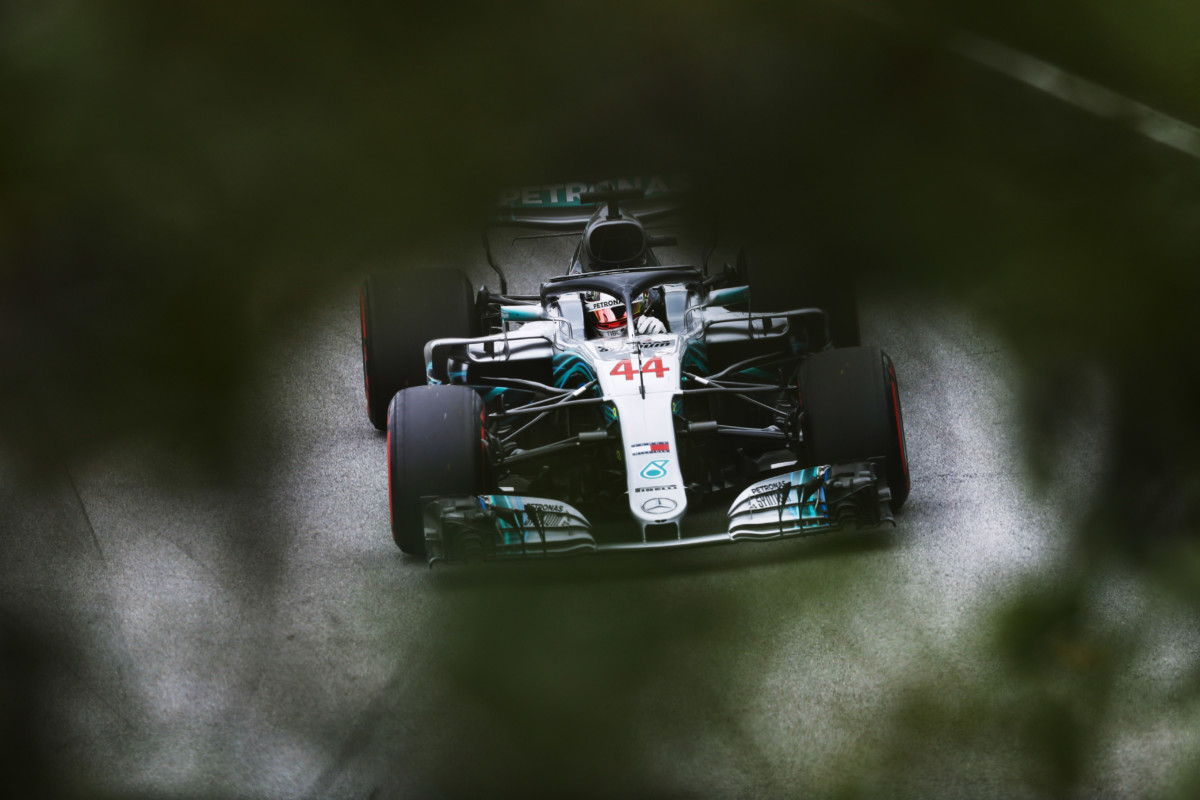 Mercedes driver Lewis Hamilton took pole position in Interlagos, setting a new track record, after going fastest on the supersoft in Q3. Qualifying was held in mixed conditions, with some rain beginning to fall at the end of Q1 and persisting until the end, which affected grip throughout qualifying. While all the drivers used the supersoft to get through Q1, the Ferrari, Mercedes and Red Bull drivers selected the soft compound to try and get through Q2. However, only the Ferrari drivers set their quickest Q2 times on the soft, which means that they will be the only drivers in the top 10 to start on this compound tomorrow, when the weather is expected to be warmer. In which case, the fastest strategy should be a one-stopper, from soft to medium, with a two-stopper possible as well. However, if the weather is cooler – similar to yesterday – a different one-stop strategy would be quickest.

Hamilton was presented with the Pirelli Pole Position Award by Brazil’s Felipe Massa: a two-time winner of his home grand prix.

MARIO ISOLA – HEAD OF CAR RACING: “While qualifying in Brazil is far from being a lottery, you certainly need a bit of luck on your side, both with the weather and the traffic, which were two talking points of qualifying today. The race is expected to be warm and dry, which will mean that we will be running in relatively unfamiliar conditions compared to the rest of the weekend up to now. This will obviously have an impact on the strategy, with a flexible approach that gives a few options perhaps paying dividends. The key to qualifying was Q2: although the top three teams all tried to get through the session on the soft tyre, Ferrari was the only team to commit to this strategy by not setting a time on the supersoft compound – and so was the only team to succeed. As a result, it’s going to be interesting to see if this tactic works best for the race tomorrow.”