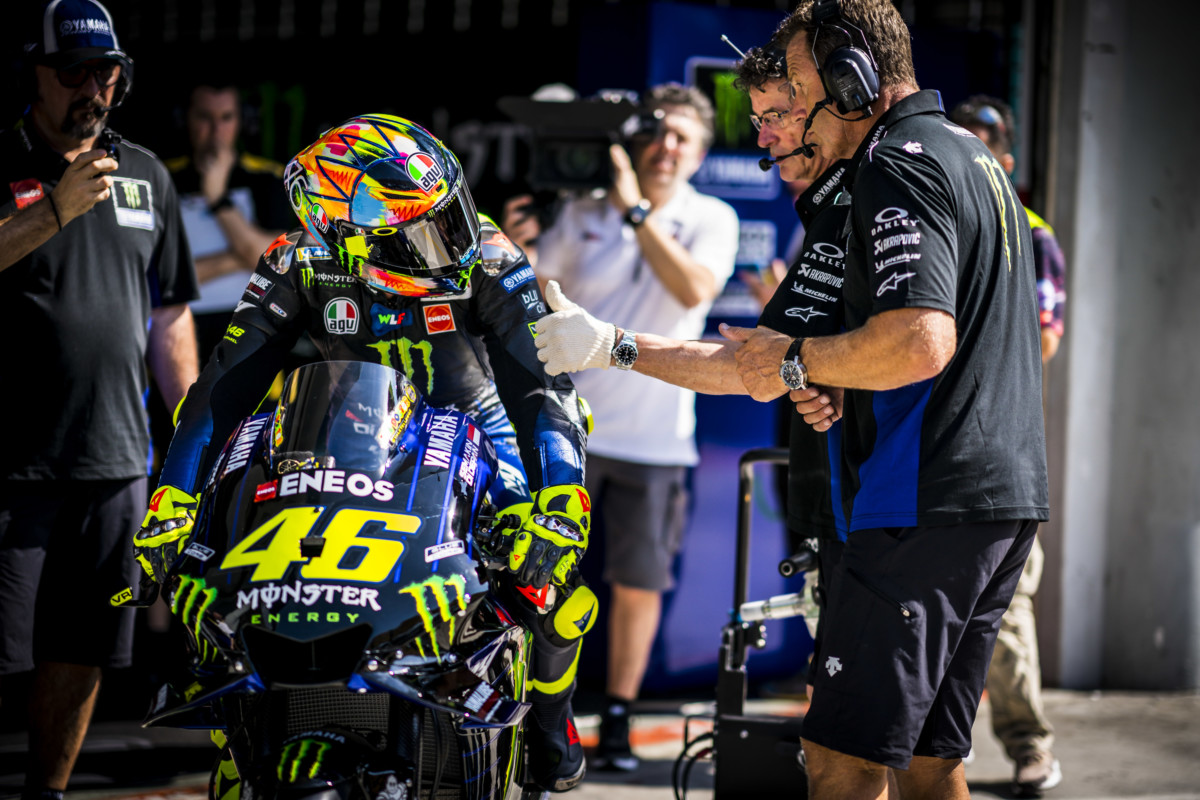 Monster Energy Yamaha MotoGP Team‘s Maverick Viñales and Valentino Rossi have started their 2019 MotoGP pre-season testing programme at the Sepang International Circuit today. The new bike livery was a hot topic on the first of the three riding days in Malaysia, but for the team the focus lay solely on improving the bike‘s performance. After a full-on day of testing, the team-mates took third and sixth place respectively in today‘s time sheets.

Viñales had been looking forward to riding again for months, and it showed. He headed out of pit lane aboard his no.12 YZR-M1 just after 10:40 (GMT+8), a few minutes after his team-mate. He was quick to put his name towards the top of the rankings, moving up to fourth place on his first run. Having refamiliarised himself with the Sepang track, he then put his attention towards trying the various testing items, and with success. The Spaniard set a 1‘59.937s for provisional second place on lap 28/63 around midday, before finalising his testing programme. Though he couldn‘t beat his own time in the hot afternoon, he is feeling confident having completed the session in third place, 0.316s from first.

Rossi also didn‘t let any time go to waste on the first day of testing in Malaysia. He was quick to head out on track, to start a packed morning of testing. Though he was mainly concerned with building on his findings from the previous testing days in Spain, he steadily gained pace in the first two hours on track. His fastest lap from his morning runs was a 2‘00.054s, set on lap 22/56, that initially put him in fourth place. He was unable to further improve his position in the time sheets due to the change in track conditions in the afternoon, but his best effort from this morning kept him in sixth place, 0.433s from the top.

Valentino Rossi: “First of all it is a great feeling to be back on the bike and I enjoyed it even though it was very tough physically, because it was very hot for the first test. The first day is quite positive for us, because I always had a good feeling with the bike and we worked very much on improving the grip and our lap times, especially with used tyres. As it is the first day, I looked a bit at the pace of the strong guys, and we are not so bad. It looks like we made some improvements compared to last year.”