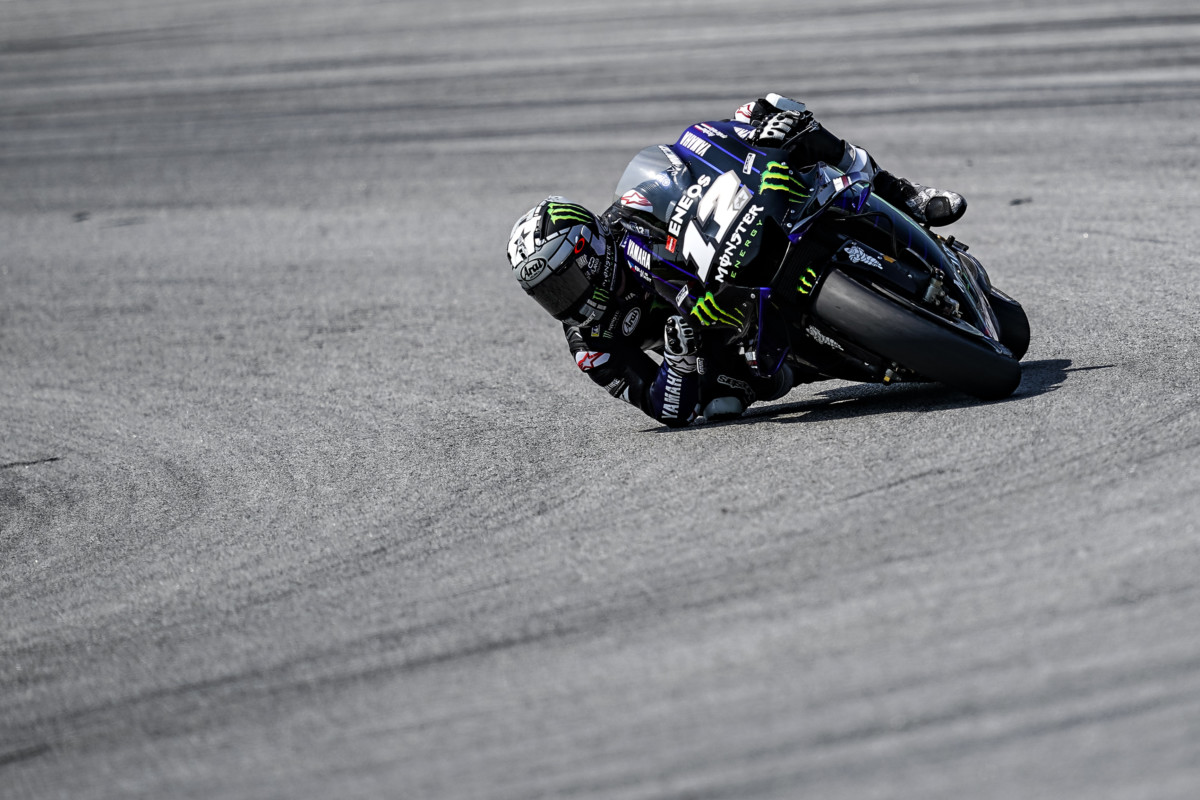 Yesterday Viñales was one of just four riders to drop under the 2‘00s-mark, but today the pressure was on, with practically everyone improving their pace. The Spaniard again used the somewhat cooler morning hours to find a good rhythm and chip away at his time. He set a 1‘59.597s around 12:30 (GMT+8), which put him in third place, a position he held until the final stages of the session. In the afternoon the no.12 rider continued to perfect his bike‘s set-up whilst also testing new items. The pace picked up in the final minutes of the test, when the temperatures dropped again. Viñales was moved back to fourth place, but he had a trick up his sleeve. He quickly headed out too and produced the only result under the 1‘59s-mark on lap 62/63, a stunning 1‘58.897s. He signed off the day firmly at the top of the timesheets with a 0.527s margin to his closest rival.

After a solid first day of testing, Rossi was raring to get back to work this morning. Like his team-mate, it didn‘t take him long to improve on his time from yesterday, bettering it by nearly half a second. He posted a superb 1‘59.625s on lap 8/51, which initially put him in first place with a 0.165 margin to second. After posting the red-hot lap, he concerned himself with improving his bike‘s performance. He tested new items and compared the data between various setting options. His morning time allowed him to hold fourth position for the majority of the day. The Italian was only pushed back to sixth place, 0.728s from first, at the very end, when several riders put in a time-attack.

Maverick Vinales: “Honestly, we tried to work really hard today on the race pace. We were always using the spec for the race. I felt good and around midday we made good lap times especially during the race simulation when it was hot, without grip, so I’m actually really happy how we worked today. We made a good improvement on the bike, so we need to try to do this again tomorrow.”

Valentino Rossi: “We continued to work because we had some other items to improve and also today was not so bad. We found something that improved the performance and I think we did a good job. At the end my pace was always quite strong. So, it was a quite positive second day and we still have something to test tomorrow. We will try to continue to work and we’ll see what our situation is like at the end of the three days.”