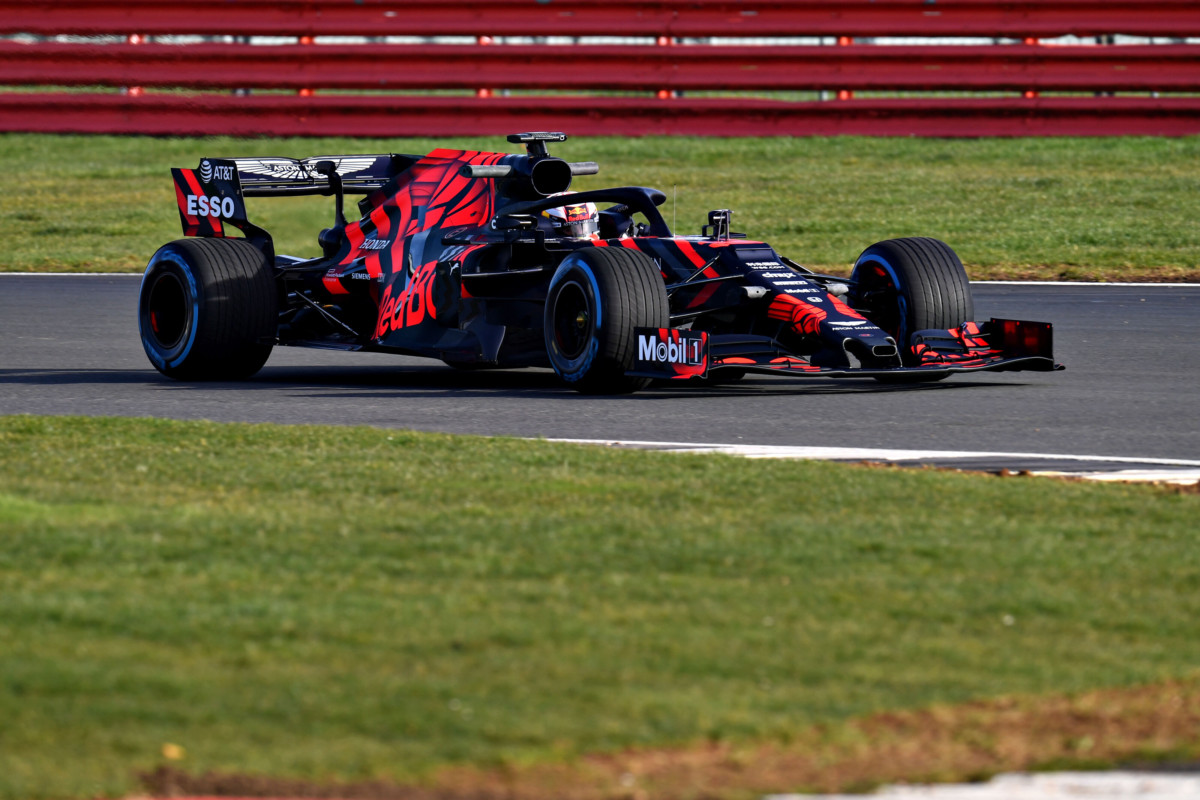 The Aston Martin Red Bull Racing RB15 made its track debut at Silverstone, with Max Verstappen completing over 30 laps of the Silverstone National Circuit during the Team’s filming day. After putting the RB15 through its paces for the first time and completing a series of trouble-free runs for the cameras, Max Verstappen commented: “The car looks cool. The livery is very beautiful, even though it’s only for today. I was really excited to jump in the car and as soon as we got going it felt pretty normal. It felt good and we had no problems, so I’m very happy with that. Of course today is a filming day, so there’s a limited amount you can get out of it, but it’s really important to have a day like this, before you go to the official tests. You get a first impression and you see if there are any little issues with the car or engine. Luckily we didn’t have any and it’s very positive that we had this opportunity. Now we can go testing properly, we’ll see what we can get out of that and we’ll be able to understand the car and the engine a bit better. But so far, so good.”

The Dutch driver’s runs were eagerly followed trackside by new team-mate Pierre Gasly, with the French driver adding: “I think the car looks amazing. Red Bull always brings some amazing one-off liveries to its car launches and this is definitely one of the best. It’s the start of a new story for the Team with Honda and so far it’s gone really well. Now, I can’t wait to be in Max’s position next week and to properly feel what the car is like. For me, the winter break has been pretty long – waiting to really start work with Aston Martin Red Bull Racing has been something I’ve been dreaming about – and so I’m really looking forward to getting behind the wheel in Barcelona next week.”
Aston Martin Red Bull Racing Team Principal, Christian Horner, said: “It’s always great to see a new car take its first run. RB15 is our first car with a Honda power-unit and it looks resplendent in its one-off livery here at Silverstone. Of course today is all about filming, but it’s also a really valuable opportunity to check that all the systems work and that the car is fundamentally in good shape before we head to Barcelona next week, where hopefully it will be a bit warmer! Now we’ve got eight days of testing ahead and it’s important that we maximise track time and get as much out of that process as possible prior to the first race of the new season in Melbourne.”

Unleashing the #RB15 for the very first time! 🙌🔈 pic.twitter.com/YVJKbNxvUo