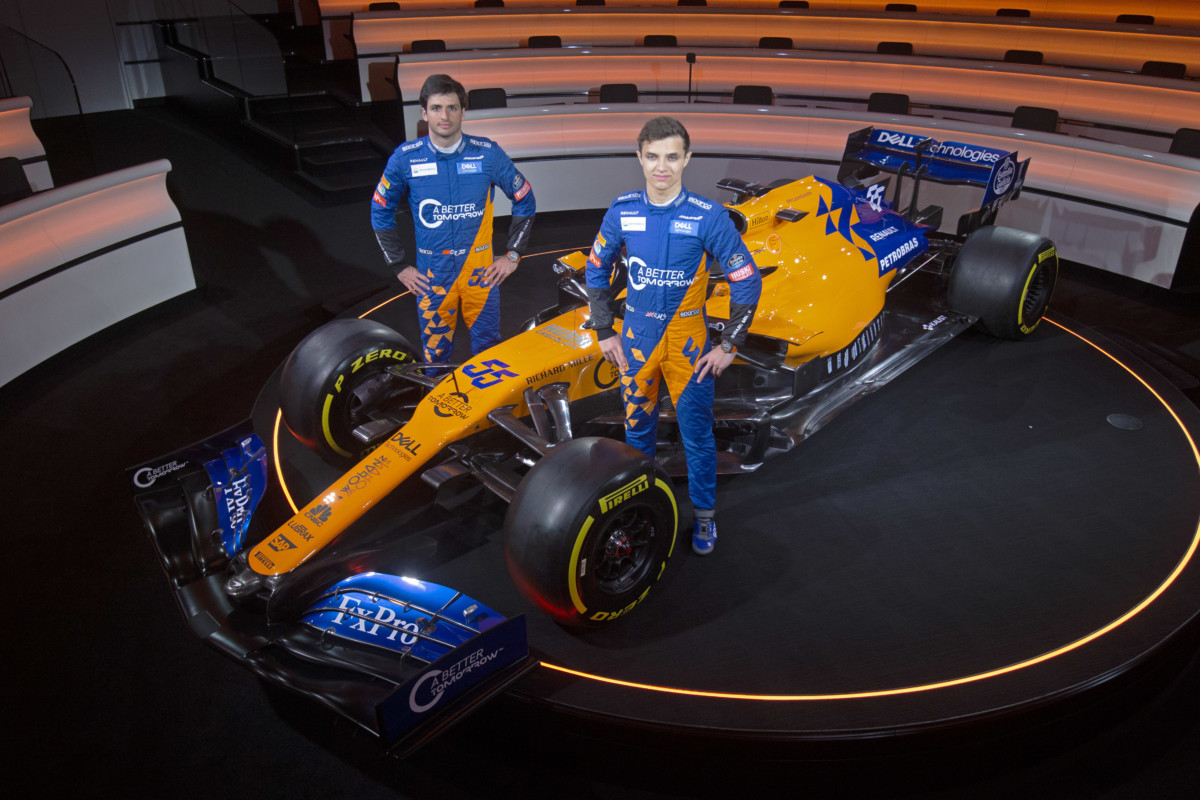 This year, Sainz (24) begins his fifth Formula 1 campaign, while Norris (19) embarks on his debut season, as McLaren continues its performance recovery programme throughout 2019. The concept and design process of the 2019 McLaren MCL34, powered by the Renault E-Tech 19 engine, focuses on laying the foundations for development of the car throughout the season.  The MCL34 livery continues to sport the iconic McLaren papaya orange, echoing the colour chosen by Bruce McLaren for the team’s first Formula 1 Grand Prix entry in 1966. This year’s scheme is a progression from 2018, featuring a complementary blue that nods to the team’s broader racing heritage.

Over a productive commercial pre-season, the team has continued to strengthen its partner portfolio, with the addition of three new brands forming a 30-strong roster. The MCL34 will make its on-track debut during pre-season testing at the Circuit de Barcelona-Catalunya in Spain (18-21 February & 26 February – 1 March). Carlos and Lando will share the driving duties across both tests.

Carlos Sainz #55: “I’m really looking forward to the tests and excited to finally go racing in McLaren colours. I know everyone at the factory has been working very hard over the winter to prepare ourselves for this year, and I think the team has done a fantastic job with the livery of the MCL34. I’ve been especially focused on my preparations this winter. New training routines, new diet, very specific simulator sessions, and extra time with the engineers to develop and align certain aspects of the car to my preferences. The factory has become my second home since I moved back to the UK and everyone in the team is moving in the same direction. We know the big task ahead of us and we first need to evaluate where we are after the tests. From there onwards, I can’t wait to start racing and keep pushing forward together.”

Lando Norris #4: “Next stop, Barcelona! Seriously, I can’t wait to get behind the wheel in testing. I’ve been working hard over the winter preparing for my step up to F1. I’ve spent a lot of time with the team in the factory too, learning as much as I can to get ready for the 2019 season. It’s been my dream to get to Formula 1 since I was a kid. I gained useful experience behind the wheel during practice sessions in 2018, and now I’m really looking forward to making my race debut with McLaren. The MCL34 looks great and now I just want to drive it.”

Zak Brown, CEO McLaren Racing: “The MCL34 is the result of an immense amount of hard work and dedication throughout our team. We’re all committed, motivated and united in our ambition to return McLaren to competitiveness, and the MCL34 is only the start of this process. We have a fresh driver pairing, who together represent the new generation of Formula 1 talent, and are an integral part of the team and our collective effort to advance McLaren forward. The McLaren family is not only our people and our drivers, but also our superb partners and wonderful fans. We have a strong community of partners which continues to grow, and an incredible fanbase, who have all remained loyal and supportive throughout our highs and lows, and I’d like to thank them as we head into the 2019 season.  As ever, we move fearlessly forward.”