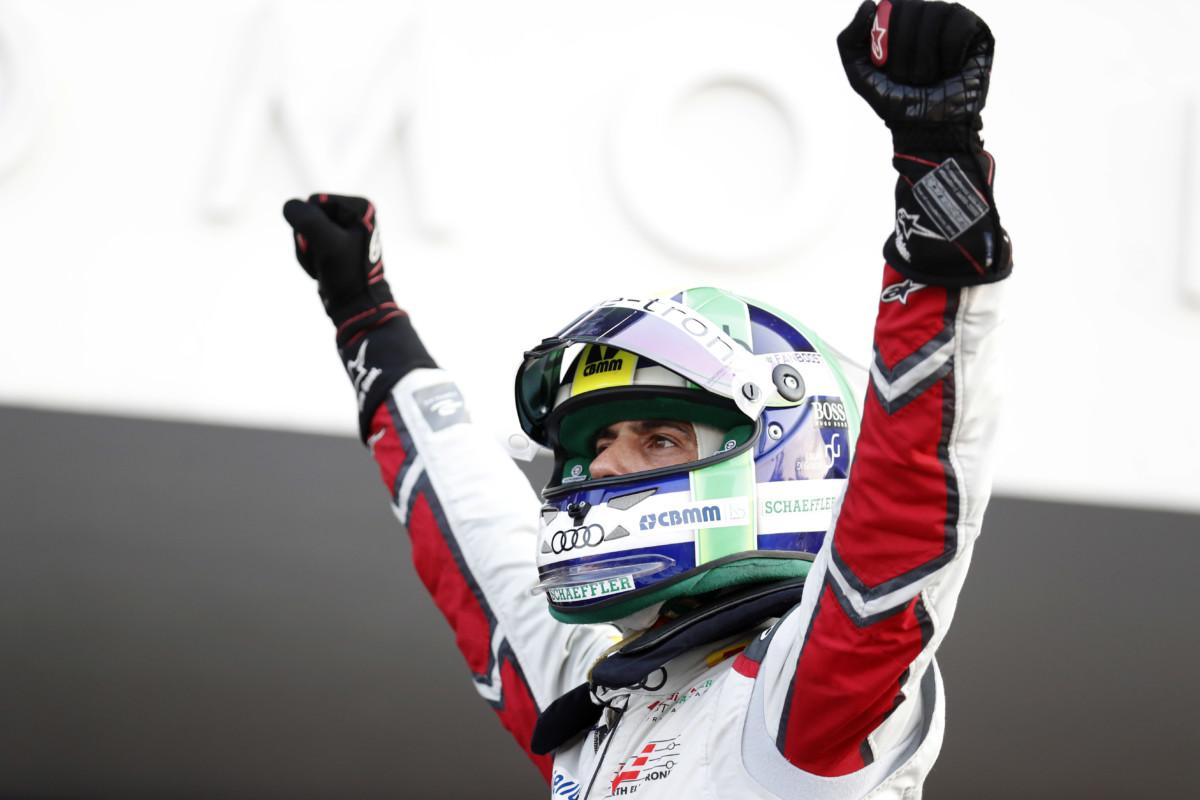 Lucas di Grassi stole victory from under the nose of Pascal Wehrlein in a sensational sprint to the finish line on the final lap in Mexico City. Wehrlein, who led the entirety of the E-Prix and was on course for his first-ever victory in Formula E, ran out of energy exiting the final corner and started to slow only metres from the chequered flag. With a gaggle of cars in hot pursuit, this opened the door for di Grassi to snatch the win away from Wehrlein in front of a sell-out crowd of magnificent Mexican fans.

Leading away from Julius Baer pole position, Wehrlein held station ahead of Oliver Rowland in the opening phase of the race – with the Nissan e.dams driver making up two places with an audacious attempt up the inside of di Grassi and Felipe Massa into Turn 1. However, proceedings were soon cut short after only five-minutes following a colossal coming together between Jean-Eric Vergne and Nelson Piquet Jr. The pair were vying for position into the tight and twisty last sector when Piquet collided with the back of Vergne, sending the Panasonic Jaguar Racing driver into the barriers and collecting Alexander Sims in the process.

With debris scattered over the track and Piquet’s car in pieces the race was red flagged. The cars returned to the pitlane and lined-up in formation while the marshals retrieved the wreckage. The short delay gave the teams a headache with strategy and energy management calculations as the clock continued to count down. When the cars eventually returned to the track, the time lost during the red flag period was added – maintaining the 45-minute (plus one lap) format and setting-up a frantic finale.

As the drivers started another tour of the track with seconds to spare, all eyes were on the battery levels and the number of laps remaining. It quickly became apparent that some teams wouldn’t make it to the end, not taking into account the extra lap after the clock hits zero. The Nissan e.dams duo of Rowland and Sebastien Buemi were defenceless and agonisingly dropped to the back of the field, having been running in second and fourth. The beneficiaries of others misfortune were Antonio Felix da Costa and Edoardo Mortara – rounding-out the podium places. Despite crossing the line in second, Wehrlein didn’t get to stand on the podium after picking-up a five-second penalty for cutting the chicane and gaining an advantage in close quarters with di Grassi.

Almost edging his way on to the podium, Jerome D’Ambrosio scythed up the order in a valiant effort to finish fourth and move back to the top of the standings. With four different winners in as many races, the title fight is wide open and perfectly poised as Formula E arrives in Asia for the HKT Hong Kong E-Prix on March 10 – round five of the 2018/19 ABB FIA Formula E Championship.