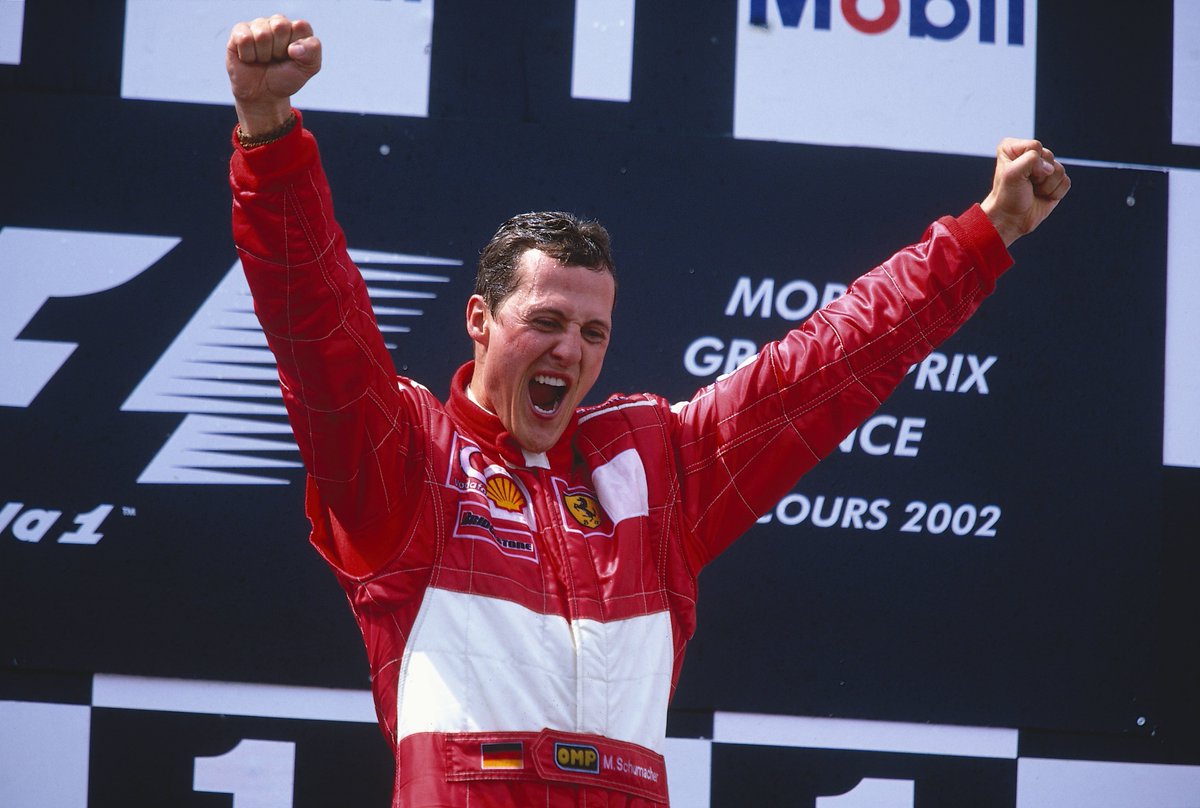 SCHUMACHER is the official documentary authorised by Schumacher’s family about the record world champion, rain god and most successful F1 driver of all time. A film that seeks explanations and provides answers without glossing over things. The name Michael Schumacher electrifies people all over the world. But who is Michael Schumacher really? The documentary SCHUMACHER paints the picture of an acclaimed sports hero who has always remained true to his values.

He made it to the top with ambition, perfection, talent and passion, and rose from simple circumstances to become a global superstar – the story of Michael Schumacher is the almost typical story of his ascent from dishwasher to millionaire. Finally, an international cinema documentary depicts his unprecedented career; in cinemas at the end of this year which is framed by Michael Schumacher’s 50th birthday and the 25th anniversary of his first World Championship victory (1994).

Rocket Science announced that award-winning German filmmakers Michael Wech and Hanns-Bruno Kammertöns are directing the official Michael Schumacher feature documentary, SCHUMACHER. Widely regarded as one of the greatest Formula One drivers of all time, Schumacher is the only driver in history to win seven Formula One World Championships, five of which he won consecutively with Ferrari. He also holds a number of other all-time records such as the overall number of Formula One victories (91), podium finishes (155) or laps in lead (77). After retiring from racing in 2012, Schumacher suffered a traumatic brain injury as a result of a skiing accident in 2013 and continues to receive medical treatment to this day. Benjamin Seikel and Vanessa Nöcker of B | 14 FILM are producing along with DCM, who will release the film in German-speaking territories. Rocket Science is presenting, executive producing and handling international sales, commencing in Cannes this month.

Fully supported by Schumacher’s family, the documentary will feature rare interviews and never-beforeseen archival footage in a behind the scenes look at the world champion racing driver. Framed by Michael’s 50th birthday and the 25th anniversary of his first World Championship victory (1994), the film – which is currently in post-production – will feature interviews with Michael’s family, his closest racing companions and competitors. SCHUMACHER will explore the many facets of this complex man: the merciless Formula One driver, the ambitious boy with the dream, the down-to-earth mechanic, the dependable team player, and the devoted friend and father.

Conversations with his father Rolf, his wife Corinna, his children Gina and Mick and of course with the key figures of his life and companions of his career bring us closer to the man under the helmet who is known worldwide and yet has remained a stranger for many. The highlights of his Formula 1 career, his sporting highs and lows, will be as much a part of this story as previously unseen archive material. It illuminates the uncompromising Formula 1 driver, ambitious boy, pragmatic mechanic and convinced team player as well as the family father. It tells the story of a boy who doesn’t even dare to dream of the records he will break later, and whose career seems to end several times before it has really started. At the same time, the documentary takes its viewers into a fascinating time that many call the golden era of Formula One.

It is remarkable how intensively and sensitively both Schumacher’s companions and his competitors talk about him: about him as a friend and companion, as well as his extraordinary talent and his unique work ethic, which made him the best driver of all time. The cinema documentary traces the image of a global iconisation and a remarkable personality development.

Even though his racing cars grew bigger and faster over the years and his successes made him a superstar, Schumacher remained as he always was: a calm, reserved person with clear values and a family above all else. His family, loyalty and friendship were always more important to him than prominence, money and the worldwide attention that the racing circus brings with it. If this were a fictional script, it would be impossible for the authors to invent this story better – and at the same time more tragic.