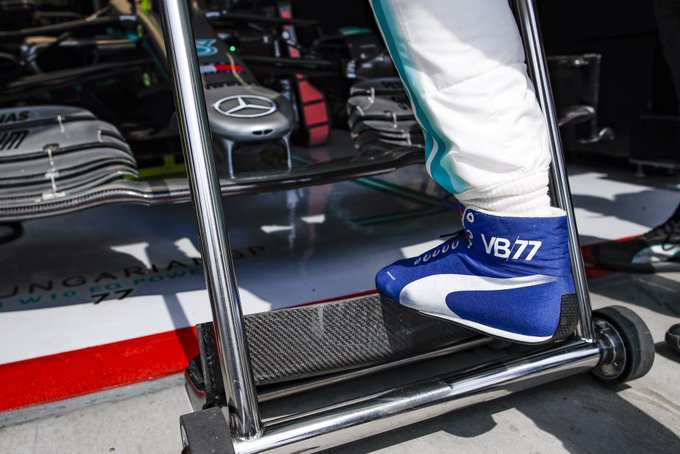 To make the summer break slightly less boring for fans, Mercedes-AMG Petronas have produced a short video series which they will roll out over the next two weeks. Five 30-second, light-hearted video clips with one common topic: “When we can’t race, we entertain in other ways.” The summer break video series was first introduced in the 2018 shutdown period where it attracted millions of viewers across the team’s social media platforms. Another video series in a similar style was released in between the 2018 and 2019 season around New Year’s. All of the videos are a humorous answer to the question: What does the team do when we can’t go racing?

This year’s video series was shot in and around Vienna in the week leading up to the race in Spielberg. Austria was experiencing a heat wave during that time which brought some very specific challenges for the roughly 30 members of the crew. One of the videos was shot in the Wiener Kongreßbad. Built in 1927, the impressive public swimming pool is still in use today – and still attracts a high number of visitors. The video crew started shooting at 07:00 o’clock, two hours before the gates of the pool opened to the public. They were done only a few minutes before 09:00 – and when they left the gates, they were greeted by around 2,000 people eagerly waiting to get to the pool. What the swimmers didn’t know was that only a few moments earlier, the Kongreßbad had seen its first and only water-ski performance in its 92-year history.

While the other locations didn’t attract quite as big an audience, they were still affected by the heat. The locations for the two indoor scenes, set at a laundromat and a hair dresser, reached temperatures of up to 45 degrees Celsius, making the shoot physically challenging for both the production crew and the actors – especially for those wearing race suits and helmets. It wasn’t just our cars that suffered in the Austrian heat that week…