An agreement was signed with the Circuit de Barcelona-Catalunya – a partnership formed by the Government of Catalonia, the Real Automovil Club de Catalunya (RACC) and the Montmeló Town Council. In 2020, the Spanish Grand Prix will celebrate being on the calendar of the FIA’s most important racing series for 50 years. The first event was held in 1951 at Barcelona’s Pedralbes street circuit. It was also run at another street track in the Catalan capital, in Montjuich, which alternated hosting the race with the Jarama circuit, near Madrid. From 1986 to 1990, the race moved to Jerez de la Frontera, before making the Barcelona-Catalunya circuit its home as from 1991. 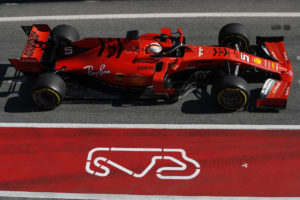 Therefore, next year will also mark the 30th consecutive year that the Spanish Grand Prix has been held at the track in Montmeló. It has grown to be one of the most popular races with the Formula 1 family and it is also one of the most technically demanding and best known tracks, given that it usually hosts winter testing as well as the Grand Prix. The Spanish Grand Prix is a world class sporting event, held just a short distance from the vibrant city of Barcelona, attracting spectators from around the world, with a total of 510,556 attending over the past three years. It also has a significant impact on the region’s economy. According to data supplied by the Barcelona-Catalunya circuit, the event generated 163 million Euros in 2019.

Chase Carey, Chairman and CEO, Formula 1: “We are pleased to confirm that the Spanish Grand Prix will be on the calendar of the 2020 FIA Formula 1 World Championship. The decision to continue to stage a round of the pinnacle of motor sport in Spain, a country with a great motor racing tradition, dating back to the start of the last century, is part of our strategy of maintaining Formula 1’s European roots, while also currently expanding the championship into new territories. The promoter’s willingness to be part of Formula 1 going into 2020 is proof of the sport’s ability to act as a catalyst for regions to hold world class events and also to have a positive impact on the area’s economy. In the coming months, we will continue our discussions to see if we can further extend this advantageous relationship. In the meantime, I would like to thank Quim Torra, the Catalan President for his vital support in these negotiations, in the hope of celebrating a fantastic 50th Spanish Grand Prix in 2020, the 30th to be held at one of the most technically demanding circuits on the World Championship calendar.” 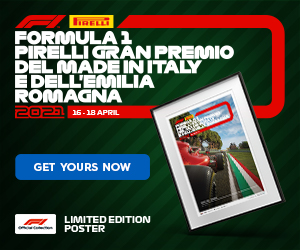