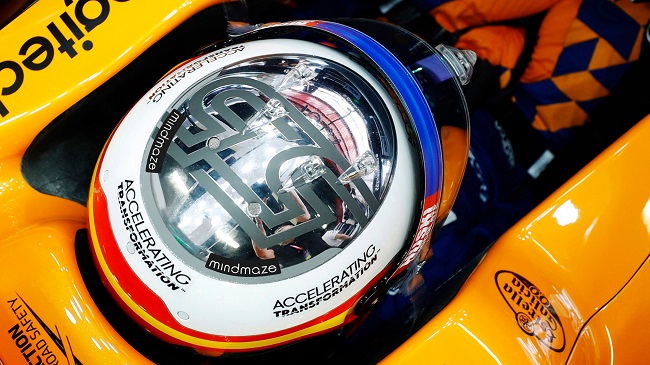 McLaren Racing and MindMaze, the global, billion-dollar, brain technology company, today announced a long-term partnership at the 2019 United States Grand Prix. The neurotechnology partnership will see both organisations test MindMaze’s latest sensor-technology innovations, applying it in the safety and performance areas of motorsport. McLaren Racing and MindMaze will continue to develop ‘MindDrive’, a unique array of sensors that collect and transmit key cognitive driver responses to a trackside medical team on a real-time basis. This technology was first tested by McLaren during the team’s preparations for the Indianapolis 500 and the renewed partnership will see the technology back out on track in a McLaren Racing test environment. The teams will also explore sensor technology, deployed with McLaren Racing, helping the team improve efficiency by capturing, analysing and transmitting key neural signatures from drivers and team members during simulator and test sessions. Additionally, the MindMaze brand will be represented on the McLaren MCL34 Formula 1 car and on Carlos Sainz’s and Lando Norris’s racing kit and helmets.

Zak Brown, CEO, McLaren Racing: “We are delighted to announce MindMaze as a Formula 1 technology partner. This partnership and MindMaze’s innovative approach to neuroscience has the potential to not only give us a deeper understanding of driver andteam performance, and therefore a competitive edge, but help lay the foundations for wider applications in the real world.”

Tej Tadi, Founder MindMaze: “We are privileged to be continuing our work with McLaren as a Formula 1 technology partner, developing innovative devices that could potentially disrupt how we approach driver performance and safety. Being able to test our and brain-sensing technology on some of the world’s leading drivers means we have the best data available to improve the product and help McLaren take their team to the next level.”