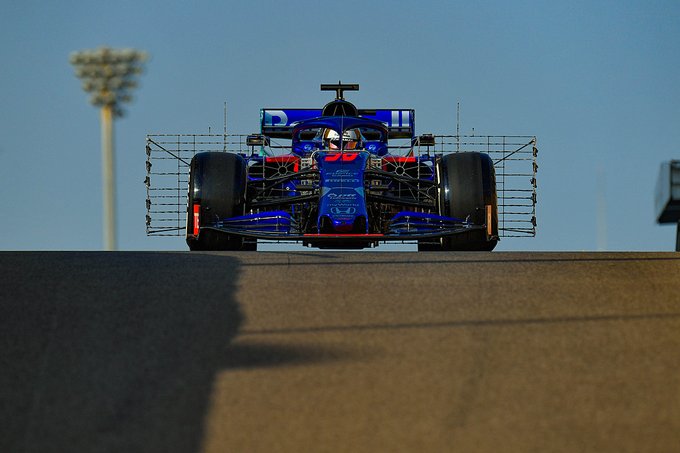 The first day of post-season testing at Abu Dhabi was completed successfully, with all the teams trying out both the 2019 and 2020 tyres. A lot of the running was aimed at trying out both back to back, in order to assess the differences between them. Weather conditions were consistently warm and dry, with the test starting at 0900 and finishing at 1800 under the Yas Marina circuit’s floodlights. There were no interruptions and most of the teams managed to complete a significant number of laps: many over 100.

Mercedes driver Valtteri Bottas went fastest with a 1m37.124s on a C4 2019: by way of comparison the new fastest race lap set by his team mate Lewis Hamilton during the Abu Dhabi Grand Prix was 1m39.283s. However, there’s no real point in looking closely at lap times during testing, as teams are running with different tyres, car set-ups, and fuel loads – meaning that there is never a truly equal comparison.

Esteban Ocon made his debut for Renault but didn’t complete as many laps as he would have wished due to a problem with his seat. Roy Nissany was another debutant, completing more than half a race distance in the afternoon with Williams. Testing continues tomorrow to the same timetable, but with some new drivers.