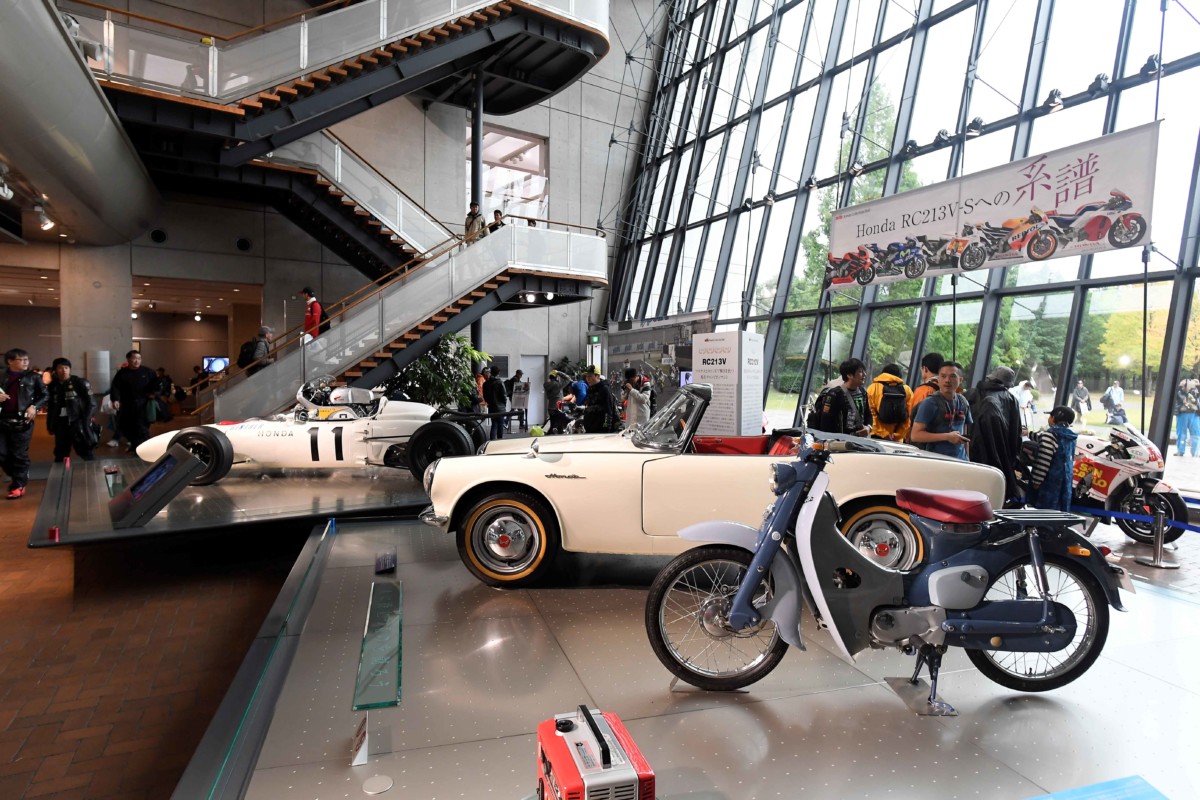 If you love motorcycles and motorcycle racing your dream Christmas present may well be one of the several hundred machines on show in Honda’s world-famous Collection Hall at Twin Ring Motegi in Japan. The collection comprises the history of motorcycling since the late 1940s, when Soichiro Honda built his first machines, powered by generators originally intended to power radio transmitters.

Most of the motorcycles are Hondas, but the collection also features important models from other brands. Everything is here. Road machines from Honda’s first creation and its first superbike, the CB750, to iconic road bikes from the 1970s, 1980s, 1990s and later. Also present is the entire arc of Honda’s racing career, from its early racers of the 1950s through to the numerous incarnations of the mighty NSR500 two-stroke to the more recent RC211V, RC212V and RC213V MotoGP machines.

Imagine the joy of having these machines in your life all year around. That is the life of Kuniyoshi Iwata, the man in charge of the Collection Hall. Iwata learned his skills in the white heat of Grand Prix racing in the 1980s and 1990s, when he worked on the NSR500s of Freddie Spencer and Mick Doohan. Now his job is to keep those NSR500s and hundreds of other machines in perfect condition for museum display and for use at events where the bikes are ridden, much to the delight of race fans young and old.

Iwata and his team of five mechanics love their jobs. “We maintain the machines so they are ready for running at any time,” he says. “I think it’s a very important job and I’m proud of it. The machines are strong and tough, but maintaining them when they are very old is difficult. Most of the parts we use in the machines are one-off parts. Luckily we get a lot of support from Honda R&D Centre Asaka [for motorcycles] and from Honda Racing Development Sakura [for cars]. We display a total of 350 machines in the Collection Hall – both two wheels and four wheels”

Iwata does get to ride many of the motorcycles, but only at low-speed when he’s making shakedown checks before the bikes are paraded by other riders at events in Japan and around the world. He has no doubt which motorcycle in the Collection Hall is his favourite – Honda’s first NSR500. “Because it’s the very first Grand Prix bike I worked on as a mechanic.”

The 1984 NSR500 is a fine example of Honda’s keenness for pushing the boundaries of technology and learning not only through success but also through lack of success. The first NSR500 had its fuel tank situated under the engine and its exhausts above the engine, the opposite of the norm. The bike did not win the 1984 500cc World Championship but it taught HRC much about chassis dynamics.

His favourite car in the collection is the Honda T360 pick-up, the company’s first production car, released in 1963, a few months before the S500 sports car. “I like the T360 because it was the first Honda four-wheeler on sale. I remember seeing a T360 delivering rice when I was a kid. And I understand the philosophy that Soichiro Honda used in the development of the car.”

Iwata recently had his busiest day of the year – November’s Honda Racing Thanks Day – when a number of legendary Honda machines ran parade laps around Motegi. The machines that got the biggest cheer from the 17,000 fans were two of the most famous racing machines of all time: the Honda NSR500 ridden by Eddie Lawson to the 1989 500cc World Championship and the McLaren-Honda MP4/4 driven by Ayrton Senna to the 1988 Formula 1 World Championship. “I feel very happy when I see the machines we maintain being ridden and driven,” Iwata adds. “Also, it makes me very happy when I see people enjoying watching the historic machines. Our machines run at events in many countries, but the Honda Racing Thanks Day is always very special for us, because it happens so close to the Collection Hall and it gives us the chance to run many of our historic machines.”

The Collection Hall was opened in 1998, fulfilling the dream of company founder Soichiro Honda, who realized the importance of showing the company’s history to the public. “Machines never lie – success will always come if they’re really good,” said Honda. “So let’s show the world what we’ve done. Then they can see the real Honda!”.