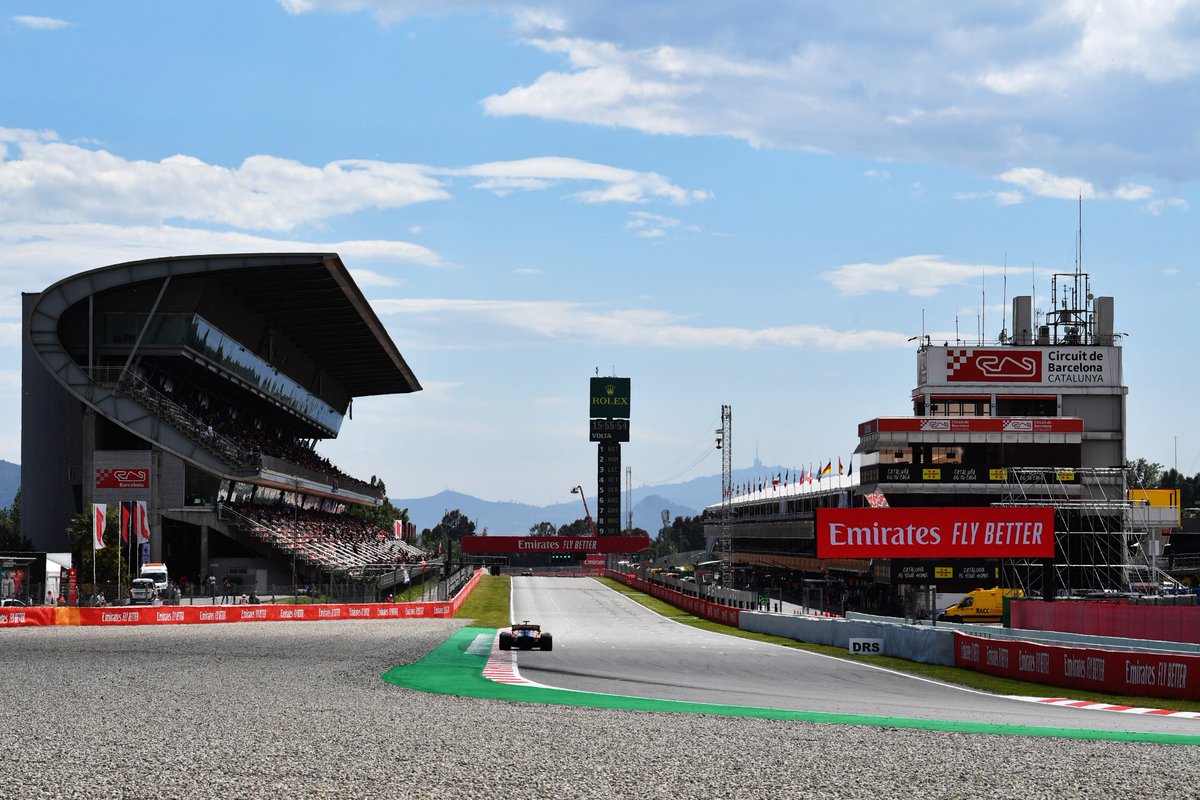 less than two weeks to go until Formula 1 fans will finally get to see all the cars that will compete for the 2020 FIA F1 World Championship on track together for the first time. Wednesday 19th February is the first of six days of pre-season testing, prior to the opening round, the FORMULA 1 ROLEX AUSTRALIAN GRAND PRIX 2020. There are two sessions, both at the Barcelona-Catalunya circuit, the first ending on Friday 21st, while the second runs from Wednesday 26th to Friday 28th February.

This will be the first year that the pre-season tests will be an official Formula 1 event. Thanks to unanimous agreement from the ten teams, fans will be able to follow testing in far greater detail than in the past. One important element is that teams are no longer allowed to deploy vanity screens at the front of their garages while the track is open in the morning and afternoon. The only exceptions to this are if a car needs to be repaired following a crash or a technical failure. It means that, right from the very start of winter testing, the ten new cars will be fully visible to the media in pit-lane, the fans in the grandstands and those watching testing on F1 TV.

F1 TV Pro, Formula 1’s OTT platform, will broadcast testing from 9am to 1pm and from 2pm to 6pm (CET.) Subscribers to F1 TV Pro will also be able to watch Sky UK and F1 round-up show, which is part of Formula 1’s television package from the event, produced daily in the Circuit de Barcelona-Catalunya paddock from 6 to 7pm. SKY F1 viewers in the UK and Italy can also watch testing live.

Alongside the live broadcasts, F1 TV is also producing various on-demand content available also to F1 TV Access subscribers. Each day in “Tech Talk”, Formula 1’s Digital Presenter, Will Buxton, will be joined by a host of guests to discuss the latest technical developments and analyse the performance of the teams. At the end of each three-day test, Friday 21st and Friday 28th, Buxton will host “Paddock Pass,” which will feature exclusive behind the scenes news, interviews with drivers and engineers as well as insights and analysis from former F1 drivers and pundits. For those who are hard at work during the week, there will be an on-demand programme, “What we learned” available on Saturday 22nd and Saturday 29th February. On Friday 28th, after the final chequered flag of the second session, Jolyon Palmer, who drove in 35 Grands Prix, will give an initial assessment of how things went and his prediction for the start of the season.

Another new initiative for the media present at testing is that, during each one of the six lunch-breaks, Formula 1 is organising, in conjunction with the FIA, press conferences featuring drivers and team representatives. Full recording of these will then be available on demand on F1 TV.

Formula 1 enthusiasts in the UK and in Italy will be able to follow all six days of track action at the Circuit de Barcelona-Catalunya live on their respective F1 channels, Sky F1 UK and Sky F1 Italia. Daily highlights and a package of exclusive news content will be available at the end of each day on F1 Insight, accessible to all the Formula 1 media rights holders. The main purpose of the six days in Barcelona is for the teams to test their new cars, but it is also a great opportunity for Formula 1 and the FIA to field test systems used at the races at F1’s M&TC in line with F1 and Sky UK sustainability initiatives.  Innovative initiatives aimed at allowing some functions to be controlled remotely produced.  The coverage will include live action, on track activity, pit lane and garage filming, live graphic explainers and pit and track side reporting from Sky and F1 pundits.

On top of such a wide content offer, all F1 TV subscribers will have access to a much richer Live Timing page on the F1 Official App. Fans will be able to follow live all drivers’ performance lap by lap, not only through the usual three-sector visualization but also through the exclusive time segmentation which will give the user the capability to evaluate the performance in each segment of the track, as in this video. Furthermore, the users will be able to compare drivers’ performance thanks to a new tab. Full live timing and a suite of content – including, among other features, in-session clips, “Paddock Pass” and “What we learned” – will be also accessible through Formula1.com.

The full coverage – live and VOD – of the six days of testing will mark the debut of further eleven new countries through F1 TV Pro, bringing the total to 78.