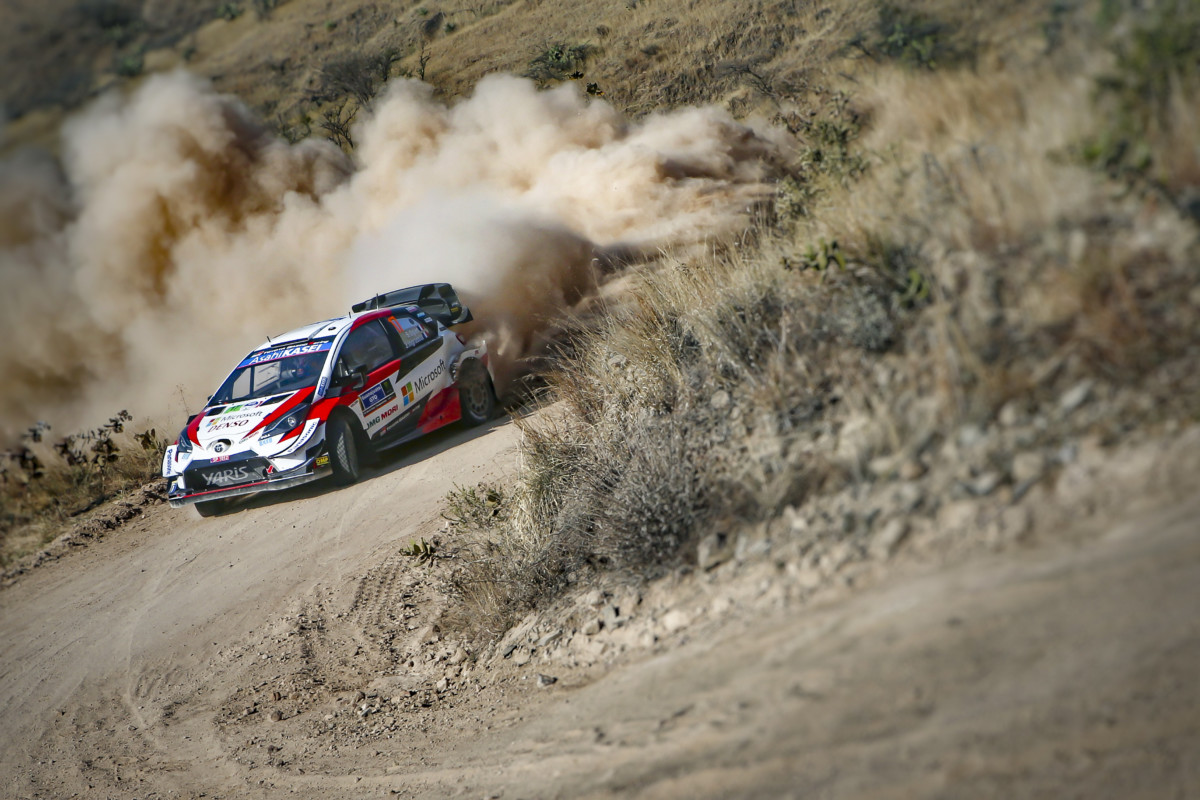 Following two short street stages in Guanajuato on Thursday night, Ogier – targeting his sixth Rally Mexico victory – moved up into second position on the opening gravel test, El Chocolate. He then claimed the lead with the fastest time in SS4 Ortega. A consistent day thereafter, as well as two further stage wins on the Autodromo super special, increased his and co-driver Julien Ingrassia’s advantage to 13.2 seconds. As championship leader for the first time in his career, Evans was faced with the challenge of running first on the road and sweeping the loose gravel for those behind. Seventh after the morning’s first stage, he climbed to third by the end of the day, taking the place by 0.2s in the León street stage. ll three cars ran reliably throughout the day in the tough conditions posed by the altitude and high temperatures. The team’s rookie driver Rovanperä suffered a damaged tyre in SS3 and took a cautious approach to complete the morning loop, but showed impressive progress in the afternoon, winning the León street test and finishing the day in fifth overall.

Kaj Lindström (Sporting Director)
“It’s been a trouble-free day for us, which is a very pleasant situation to have in this rally. All three of our drivers are doing a very good job again. Seb had a great day with no drama, he’s been clean and that’s been key. Elfyn has done really well too, because it’s not easy to run first on the road here and he is still very much in the fight. Kalle continues to surprise me and everyone else as well: he’s getting used to everything very quickly and it’s just great to see. I hope we can keep going this way tomorrow.”

Sébastien Ogier (Driver car 17)
“It’s been a good day, I’m very pleased to be in the lead tonight. This morning the times were not bad but the confidence was not at the maximum. I was still trying to get comfortable, but I made some adjustments to the setup and having some more miles in the car on this surface helped me to feel much better in the afternoon. Tomorrow will be another long day. We will have the best starting position, so we have to try to make the most out of it.”