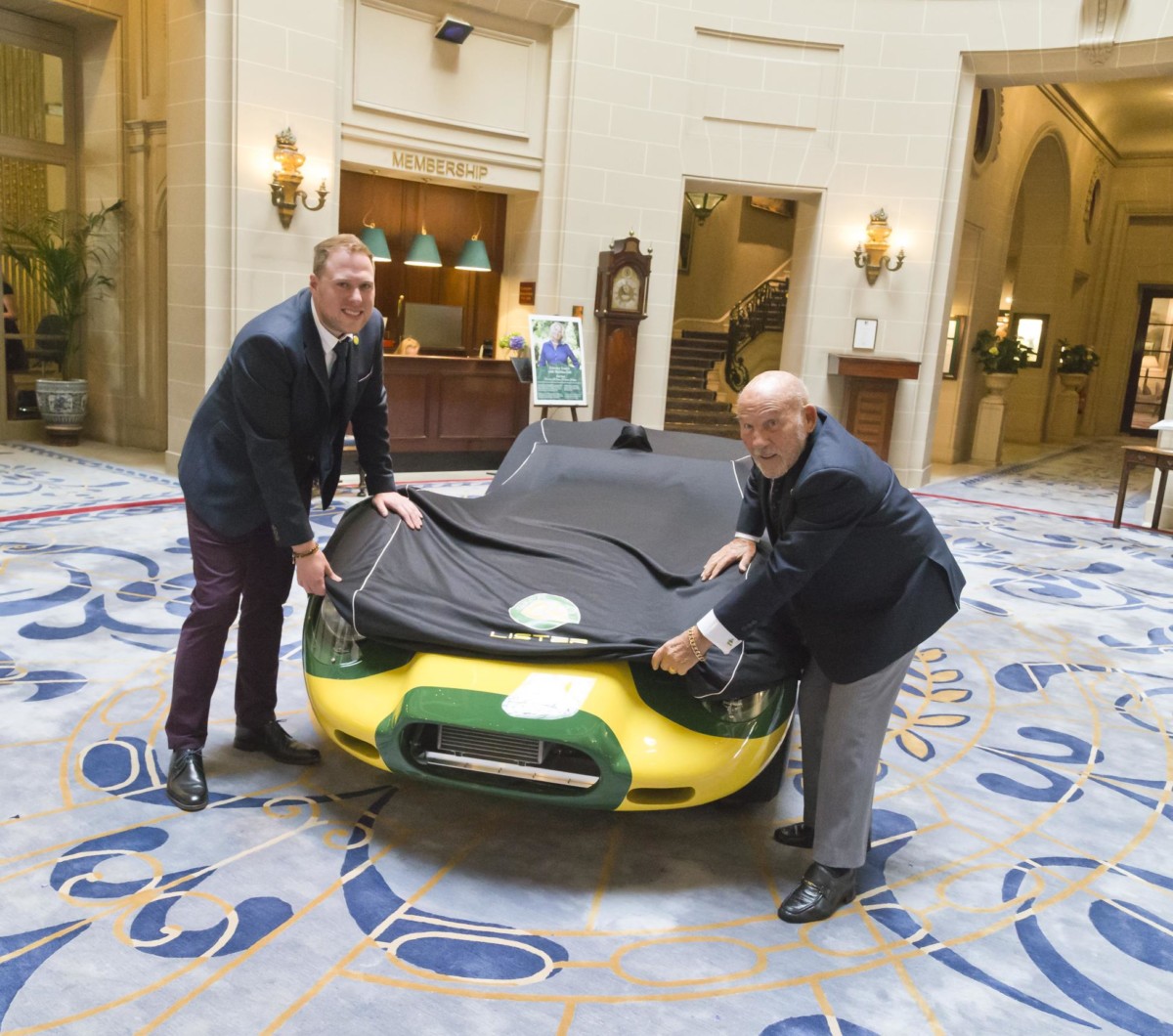 Stirling was one of those rare blokes who only talked about himself if you asked him to. Startlingly modest, he’d shrug off his stellar achievements and always swerve the conversation in a different direction. Thoroughly self-effacing he wasn’t remotely preoccupied with his own legacy but preferred talking about the skills of other drivers. Over the years he became a friend and across a crowded room would always flash his genial, trademark smile. But I realised just how important preserving the legacy of his contemporaries was to him when I was on the Lister stand at the Race Retro show launching their continuation Knobbly in 2014. Stirling was in his element telling spell-binding anecdotes about driving for Lister in the 50s and regaling us with tales of its can-do team culture and shoe-string budgets. But I remember watching his eyes shine as he talked about the bravery and determination of Brian Lister and Archie Scott-Brown. Stirling skirted over his pole-to-finish victory in the British Grand Prix in July ’58 in the magnesium bodied Knobbly and told us that disabled Archie Scott Brown, who had died at Spa earlier that year, was one of the most talented drivers of his generation and that Brian Lister was the nicest team boss in the world. I saw a real passion to fill in the gaps in the Lister story. To make sure these two significant faces of 1950s British motor sport were finally, and properly acknowledged. That day Stirling was on a mission for history.

And when we politely asked if he might be interested in putting his name to a limited-edition magnesium Knobbly, he hesitated for an entire nanosecond. No negotiations, no wrangling, no small print. This, he told us, was simply ‘the right thing to do’. For an unfeasibly small amount of money Stirling agreed to the deal with a single condition: that we’d sit with him at home with his scrap books to make sure every detail of the car along with Archie’s and Brian’s contributions were historically and absolutely correct. Several weeks later Lawrence Whittaker, Lister’s CEO, and I sat with Stirling in his living room and spent a day surrounded by a cornucopia of yellowed newspaper and magazine cuttings.

This was one of the most memorable days I’ve ever spent. This kindly, gentle motor sport legend animatedly explained Archie’s considerable disability, fearless skill and prodigious talent. His affection and respect for Brian Lister was clear too and not just because his tiny team was up against the factory back up of Mercedes, Ferrari and Aston Martin, but because he believed in Archie so much. Brian, Stirling explained, knew greatness when he saw it. Stirling inherited his drive in the magnesium Knobbly just two months after Archie’s death and graciously spoke at length of Archie’s ‘astonishing lap times’ in the ‘sweet handling Lister’. He also made it tragically clear that Brian Lister never forgave himself for Archie’s crash in May ’58 and that it haunted him forever. A true gentleman racer he spent our day together praising others. For me, that day sums up everything you need to know about Sir Stirling Moss. A humble, honourable, charming legend still deeply respectful of the people he raced with all those years ago. Uniquely, he was a man more interested in talking about the victories of others than his own. Stirling we miss you. Rest in peace.