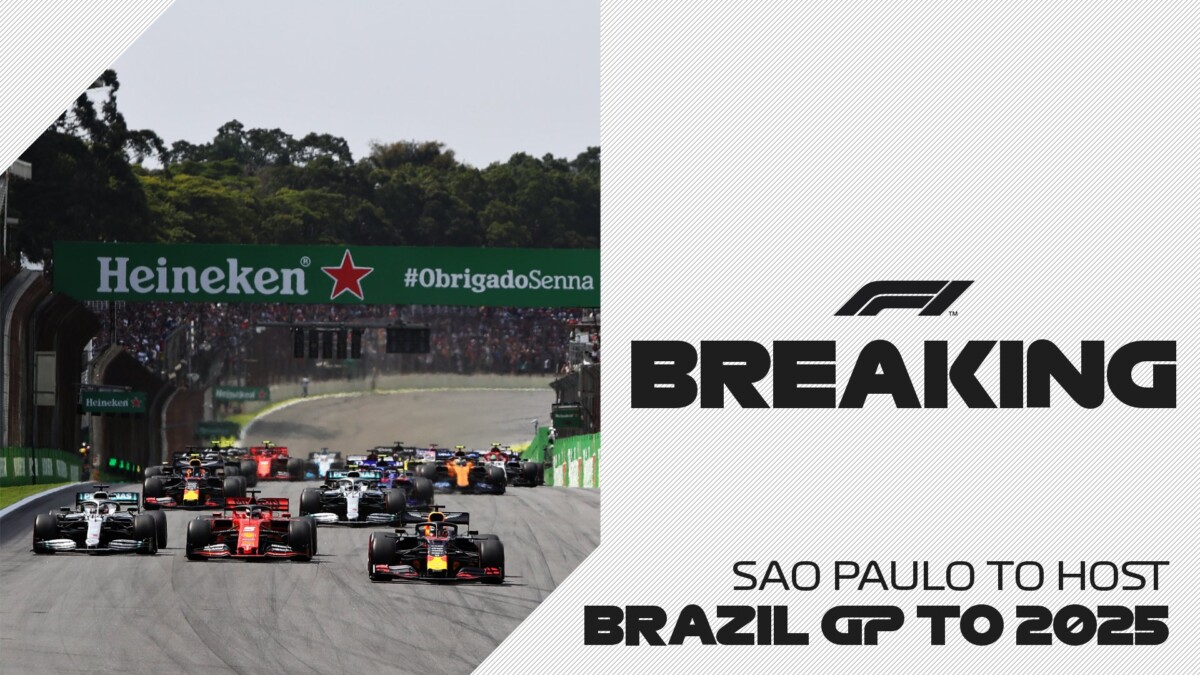 Chase Carey, Chairman and CEO of Formula 1, said: “We are pleased to announce the city of São Paulo will continue to host the Brazilian Grand Prix until 2025 and look forward to working with our new promoter in the years ahead. Brazil is a very important market for Formula 1 with devoted fans and a long history in the sport. The race in Brazil has always been a highlight for our fans, the drivers and our partners and we look forward to providing Formula 1 fans with an exciting race at Interlagos in 2021 and over the next five years.”

Mayor of Sao Paul, Bruno Covas, said: “It is a great joy to be able to announce that Interlagos will continue to host one of the of the most important events in world motorsports. We made a tremendous effort to keep the race in our city. We have robust infrastructure for tourists, public safety and offer top-notch services. We believe that hosting the Grand Prix, Formula 1 announces Sao Paulo’s Interlagos Circuit will host Brazilian Grand Prix until 2025 in addition to promoting our city to the world, will continue to bring important contributions such as job creation and income generation. We have seen studies that show that for every R$1 invested in the São Paulo GP, R$5.20 is generated for the local economy.”

Alan Adler, Brasil Motorsport, said: “We are very excited to be able to work with Formula 1. The F1 race has been held in Interlagos since the 1980s, and it is one of the most respected circuits on the calendar. Brazilians are motorsports and speed enthusiasts, and Brazil has a long tradition of producing great drivers, which in turn has created a great legion of F1 fans in our country. I believe that due to our experience working with reputable global brands, we can do a great job at uniting sports, brands, and entertainment. With this, we will be able to provide new experiences for the public, both on and off the tracks.”