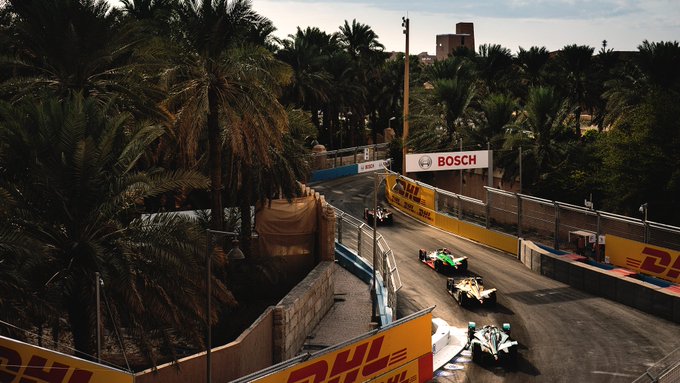 Rounds 1 and 2 of Formula E maiden campaign as an FIA World Championship will take place amid the historic desert surroundings of the UNESCO World Heritage site, with the streets of historic Diriyah, Saudi Arabia the stage for the series’ season-opener for a third year in a row. The Diriyah E-Prix will run at 17:00 GMT (20:00 local time) on February 26 & 27, with the next set of races to be confirmed in early 2021. All calendar updates are subject to approval of the FIA World Motor Sport Council. Even the most intense, unpredictable racing can take place without the environment paying the price. The latest low-power LED technology will reduce energy consumption by up to 50 per cent compared to non-LED tech. The remaining power for floodlighting will be fully renewable, provided by low-carbon certified hydrogenated vegetable oil made from sustainable materials.

In consultation with the Santiago municipality, the #SantiagoEPrix has been postponed.

The races will no longer take place as a double-header on January 16 and 17 and we are working with the city to finalise dates on which to stage the races later in Q1 of 2021. pic.twitter.com/l4mERGpU0K