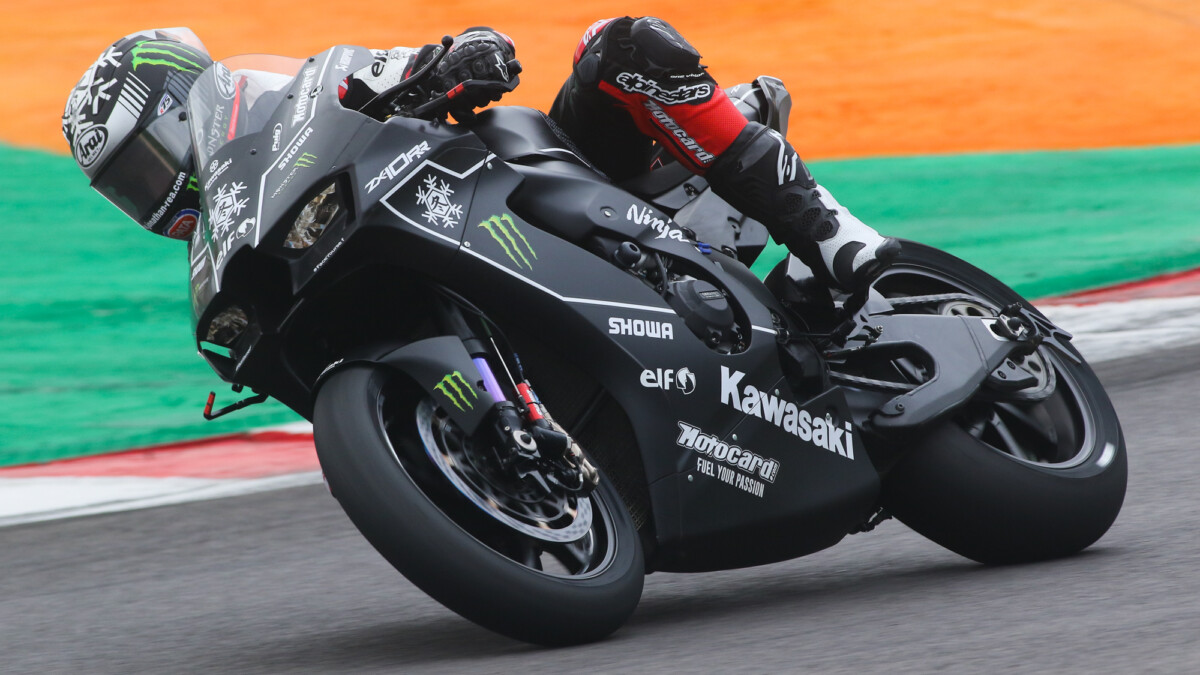 The 2021 MOTUL FIM Superbike World Championship is taking shape with a provisional calendar in place ahead of the new season. Spanning four continents, WorldSBK’s calendar has a refreshed look to it for the year ahead and the title fight promises to take place right until the very end of the season. 13 rounds are currently on the provisional calendar with Round 12 in Australia currently without dates; Indonesia is planned for a return for the first time since 1997 whilst Estoril (subject to contract) will equally see a return to the calendar after a successful return to close out the 2020 season on a high, All races are subject to the ongoing COVID-19 pandemic and the subsequent restrictions that derive from that. 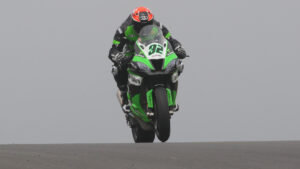 The first nine rounds of the Championship will take place across Europe; MotorLand Aragon starts proceedings in Spain from the 21st – 23rd May, followed by Misano and Donington Park – the latter of which is only for the WorldSBK class – follow and bring racing up until July 4th. The Dutch round at Assen will take place as round four in the height of the European summer from 23rd to 25th of July.

Next up is a brand-new venue at the Circuito de Navarra in Spain, from the 20th – 22nd August, becoming the seventh different Spanish circuit in WorldSBK. The French Round has a slightly altered slot at the start of September as the sixth round, followed two weeks later by the Catalunya WorldSBK Round, before the Spanish Round a week after that and then another week later, the Portuguese Round at Portimao at the start of October. This will be the first triple-header in WorldSBK for over 20 years. 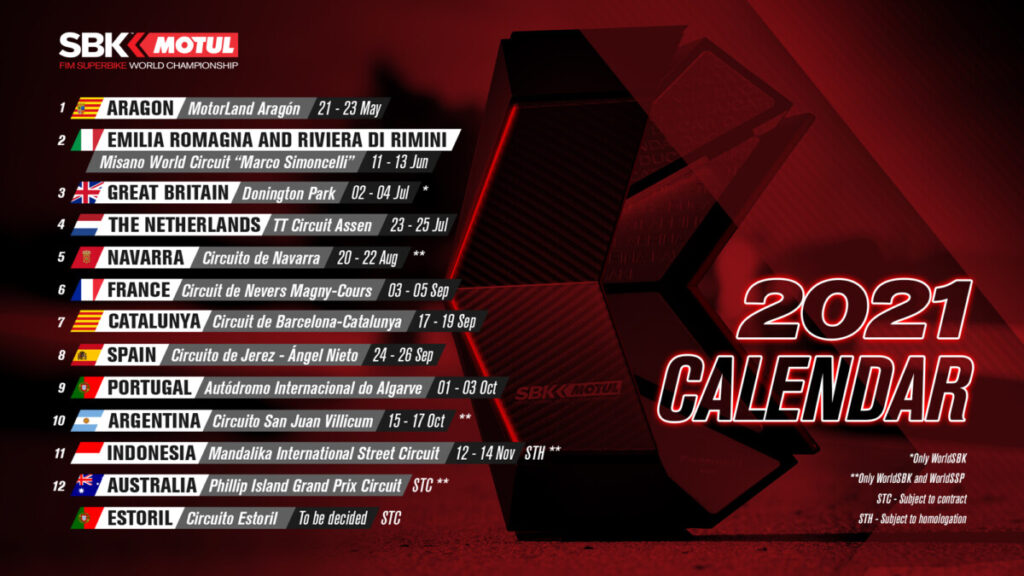 The final three rounds of the Championship will take place outside of Europe with Argentina being the first and the Circuito San Juan Villicum, before Indonesia returns and the Mandalika International Street Circuit debuts in WorldSBK (subject to homologation). The Phillip Island Grand Prix Circuit is on the provisional calendar (subject to contract) but yet to be assigned dates towards the end of the year, and one more round at Estoril (subject to contract, to be decided), also to be assigned dates. The non-European races will take place with only WorldSBK and WorldSSP classes. Additionally, there will also be a Dorna-supported test at the Circuit de Barcelona-Catalunya for WorldSSP and WorldSSP300 on the 29th and 30th of March, followed by a two-day WorldSBK test on the 31st of March to the 1st of April, before racing action begins.