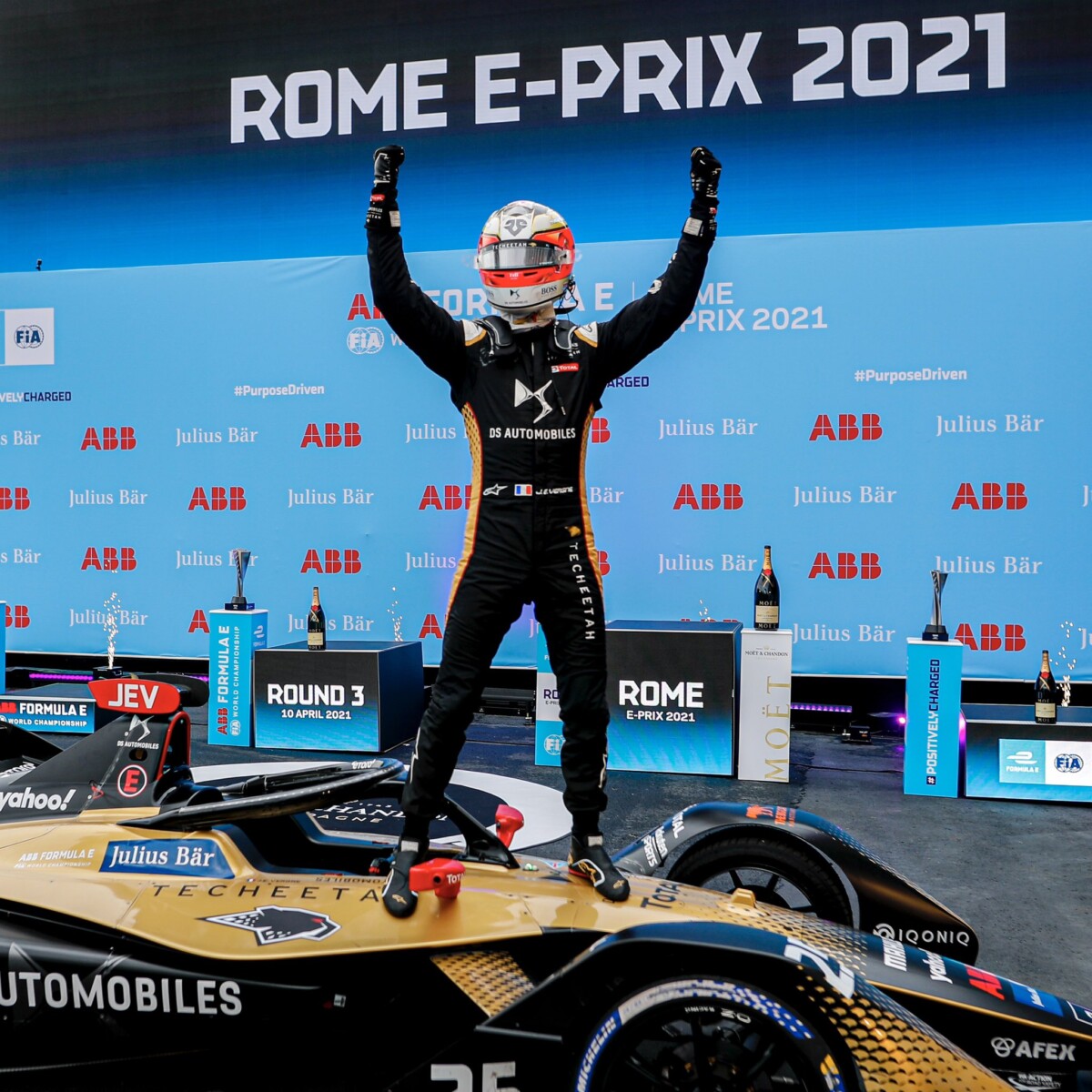 around the streets of the EUR District, heading home Jaguar Racing pair Sam Bird and Mitch Evans – the British squad’s first double podium. Vergne timed his ATTACK MODE activations to a tee, with the top 15 runners separated by a little over five seconds at the half-way stage. He held his nerve throughout under intense pressure from a number of drivers, not lead his closest challenger Lucas di Grassi (Audi Sport ABT Schaeffler).

The Brazilian suffered a late technical issue inside the last five minutes which saw him slow and relinquish the lead to Vergne, and caused a concertina effect behind with Stoffel Vandoorne coming off worst – spinning into the barriers in avoidance after a strong recovery drive. The Safety Car was required for the clean-up operation, and the race finished behind the Mini Electric Pacesetter, with Vergne at the head of the pack ahead of the Jaguar duo who’d clambered up from 10th and 13th, respectively. That all saw Sam Bird stay top of the Drivers’ table ahead of Frijns and de Vries, while Jaguar Racing remains atop the Teams’ running.

Live timings and how to watch the race 👉 https://t.co/sHOKGxvLZW#RomeEPrix pic.twitter.com/qAEQd705lp