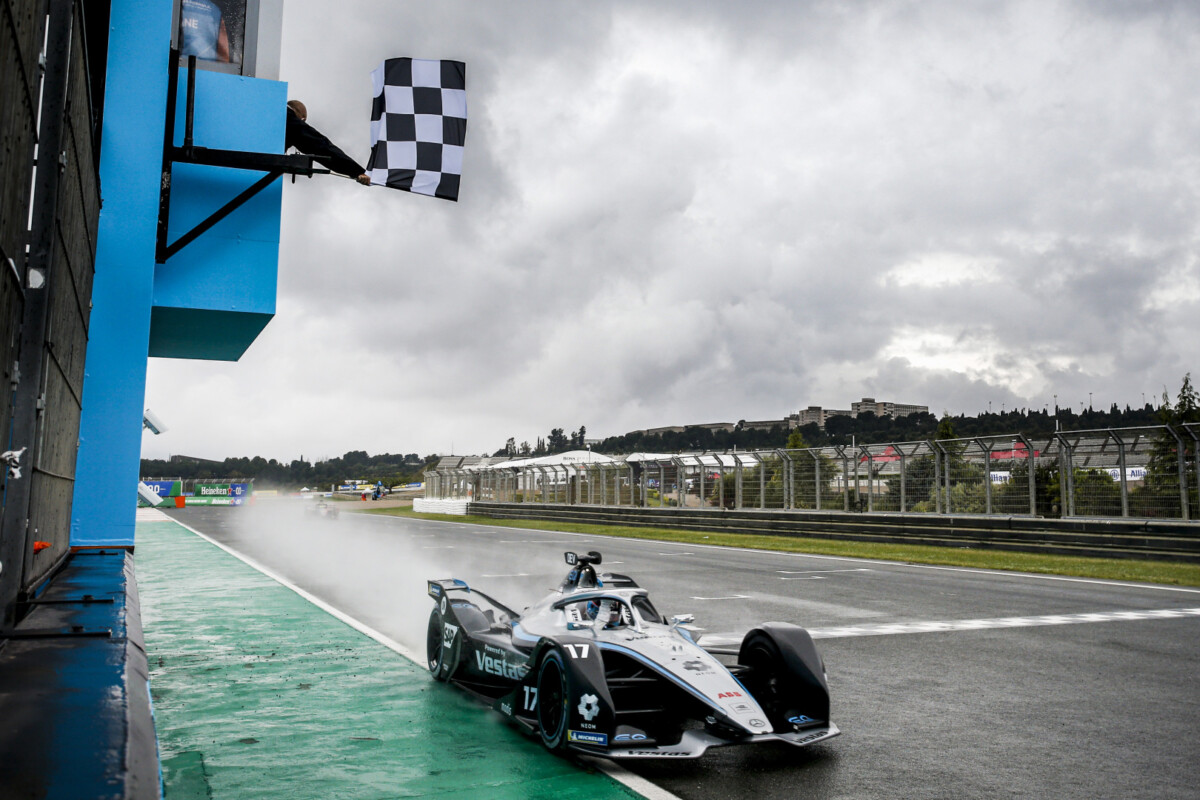 Nyck de Vries (Mercedes-EQ) took the race win in Valencia in what was one of the craziest E-Prix in the history of the ABB FIA Formula E World Championship, heading home Nico Mueller (DRAGON / PENSKE AUTOSPORT) and his Mercedes teammate Stoffel Vandoorne. Energy management is central to the racing in Formula E, and with the incident-packed, rain-hit race at the Circuit Ricardo Tormo seeing five appearances for the MINI Electric Pacesetter Safety Car, teams’ carefully calculated energy management strategies were thrown out of kilter with the round running a lap longer than had been expected.

De Vries had been happy to sit behind long-time leader Antonio Felix da Costa (DS TECHEETAH) and conserve energy for a late attack. As it happened, that attack turned into a two-lap sprint following the final spell under the Safety Car. However, only those who’d gone long as contingency, and conserved their usable energy, had enough power left in their cells to complete the extended race distance.

Dutchman de Vries drove by da Costa as the Portuguese and many around him slowed with the race running beyond its anticipated finish. Mueller and Vandoorne followed – the man stripped of Julius Baer Pole Position on a technicality and sent to the back of the grid incredibly getting his hands on silverware, making the final step on the podium. Nick Cassidy (Envision Virgin Racing), Rene Rast (Audi Sport ABT Schaeffler), Robin Frijns (Envision Virgin Racing), da Costa, Alexander Lynn (Mahindra Racing), Sam Bird (Jaguar Racing) and Lucas di Grassi (Audi Sport ABT Schaeffler) rounded out the top 10. Jake Dennis (BMW i Andretti Motorsport) and Jean-Eric Vergne (DS TECHEETAH) were the only other drivers who were classified.