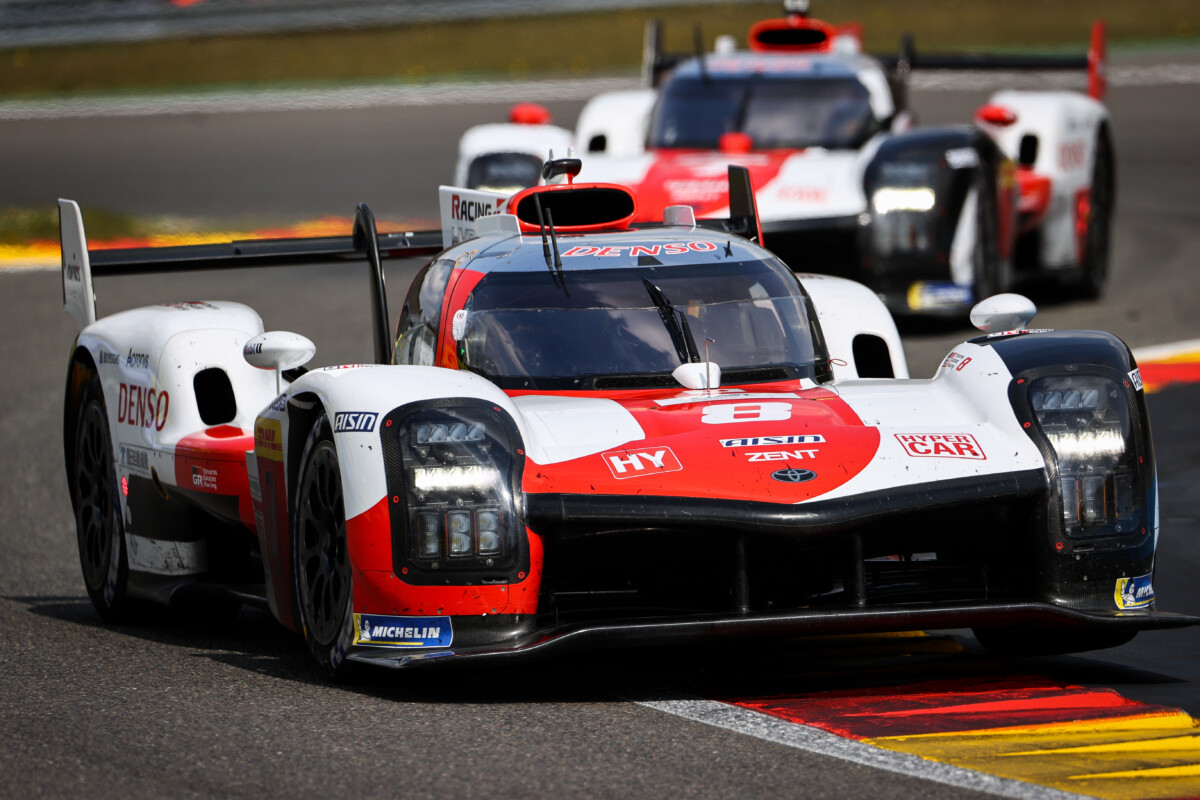 TOYOTA GAZOO Racing began the Hypercar era in the FIA WEC with a landmark victory in the Total 6 Hours of Spa-Francorchamps following an exciting start to the 2021 season in Belgium. Sébastien Buemi, Kazuki Nakajima and Brendon Hartley earned a place in the record books by winning in the #8 GR010 HYBRID after a dramatic and tense battle at the front, overcoming a close challenge from the #36 Alpine in second and their own team-mates in the #7 car. In an incident-packed race, the Hypercars foght relentless from the off. World Champions Mike Conway, Kamui Kobayashi and José María López started from pole position in their #7 GR010 HYBRID and had challenged for victory but finished third following several setbacks. Today’s result marks TOYOTA GAZOO Racing’s fifth consecutive win in Belgium as it begins its challenge for a hat-trick of World Championships.

When the green flags waved to begin WEC’s new era, Mike led the 31-car field, with Sébastien closely behind over the opening laps. The #8 took the lead on lap 11 and the pair of GR010 HYBRIDs were hotly pursued by the #36 Alpine. As the first pit stops approached, the race took its first dramatic turn. Mike brought the #7 into the pits and lost time when the car did not leave cleanly, before Sébastien visited the pits a lap later. At the end of that stop, the fuel nozzle was removed from the #8 before the 35secs minimum refuelling time had elapsed, breaking a new regulation and resulting in a 30-second penalty, taken at the car’s next pit stop, when Brendon took the wheel. With the #7 requiring a fluid refill when Mike handed over to José, the #36 Alpine took over at the front. At half distance, José was closing in and just a few seconds behind, with Brendon further back in the third-placed #8.

The exciting Hypercar battle showed no sign of easing off, and neither did the drama. Jose made contact with a GT car, slightly damaging the front bodywork. Then with just under two hours remaining, the #7 slid off track and became stuck in the gravel, requiring a rescue vehicle to recover it before he resumed in third. That left Kazuki in the #8 hunting down the #36 Alpine for the lead, while Kamui suffered a further setback when the #7 was given a drive-through penalty for the earlier contact with a GT car. Following the final Hypercar fuel stops, Sébastien in the leading #8 had a modest cushion of around a minute over the Alpine and he brought the car safely to the chequered flag to win by 1min 7.196secs from the #36, with Kamui bringing the #7 home one lap behind. Battle will resume for Hypercar honours in Portugal next month, when the inaugural 8 Hours of Portimao takes place on 13 June.