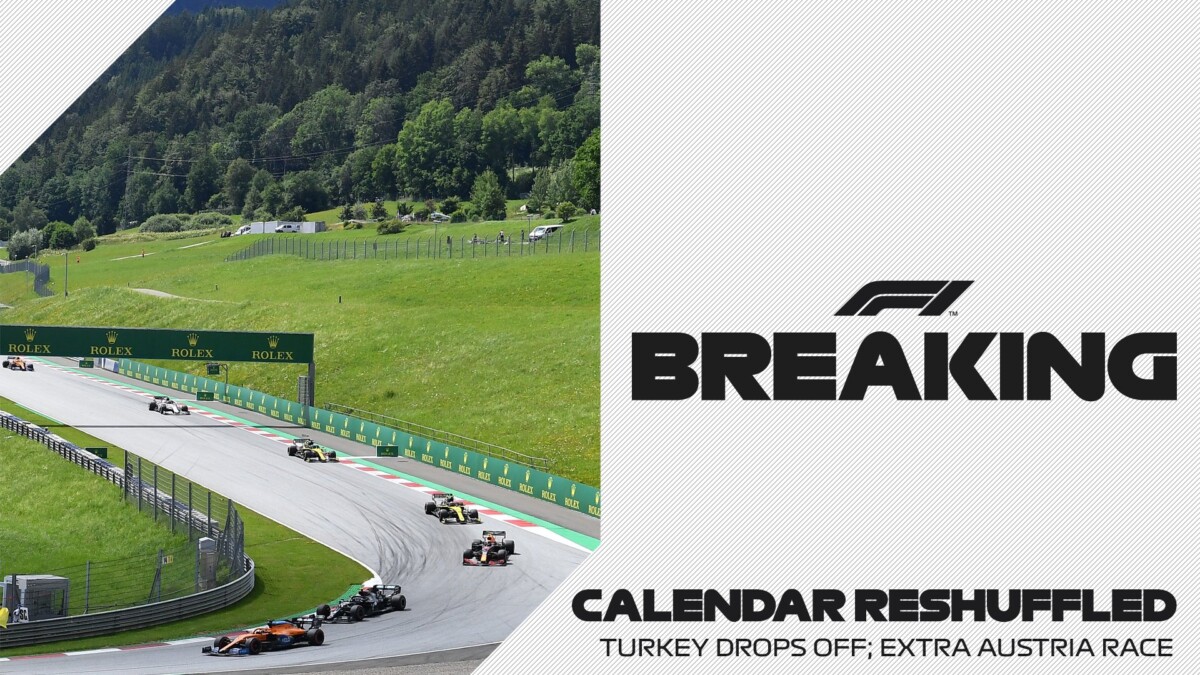 Following the announcement of new travel restrictions imposed by several countries in which F1 teams are based, affecting travel from Turkey, F1 is today providing an update on the implications for the 2021 calendar. Following discussions with the promoter in Turkey and relevant stakeholders, it will not be possible to have the race in Turkey between 11th – 13th June. The promoter has requested that we look at the potential opportunity for the race to be rescheduled later in the season if possible, alongside China who made the same request earlier this year. We can confirm that there will now be two races in Austria, back to back, with the first race, the Styrian Grand Prix, taking place on 25th-27th June and the Austrian Grand Prix taking place on its original date on 2nd – 4th July. As a result of this change the French Grand Prix will move one week earlier to 18th – 20th June, with all tickets for the event valid for the earlier date. This means that there continues to be 23 planned races for the 2021 season. We are grateful to the Turkish promoter for their support in recent days and the recognition that the current travel situation made the race in June impossible. We are equally grateful to the Provence-Alpes-Cote d’Azur region and French Grand Prix promoter for their flexibility, and the Austrian promoter for their enthusiasm to host a second race at short notice following the huge success of the two races in Austria in 2020. The current COVID-19 situation remains fluid and we will continue to monitor the situation with the promoters and teams, but Formula 1 has again shown it is able to deal with these challenges and adapt swiftly to reduce the impact on the season. We are also delighted that we are beginning to see fans returning to our races with up to 40% capacity in Monaco next weekend.

The Formula 1 community will continue to travel this season with stringent safety measures that allowed us to travel safely to 12 countries and deliver 17 races in 2020. The measures have proven to be highly effective with over 78,000 COVID-19 tests conducted last season returning only 78 positive results, a rate of 0.1%. So far this season we have conducted 17,000 tests with 15 positive cases, again a rate of 0.1%. This is alongside the vaccines that a number of teams have already received and the good rollout of the vaccine in the UK where seven of the ten teams are based. We will continue to operate in a way that protects the safety of our personnel and the communities we visit.

Stefano Domenicali, President and CEO of Formula 1: “We were all looking forward to racing in Turkey but the travel restrictions in place have meant we are not able to be there in June. Formula 1 has shown again that it is able to react quickly to developments and find solutions and we are delighted that we will have a double header in Austria meaning our season remains at 23 races. I want to thank the promoter and authorities in Turkey for all of their efforts in recent weeks and want to thank the promoters in France and Austria for their speed, flexibility and enthusiasm in accommodating this solution. We have had very good conversations will all the other promoters since the start of the year and continue to work closely with them during this period.”