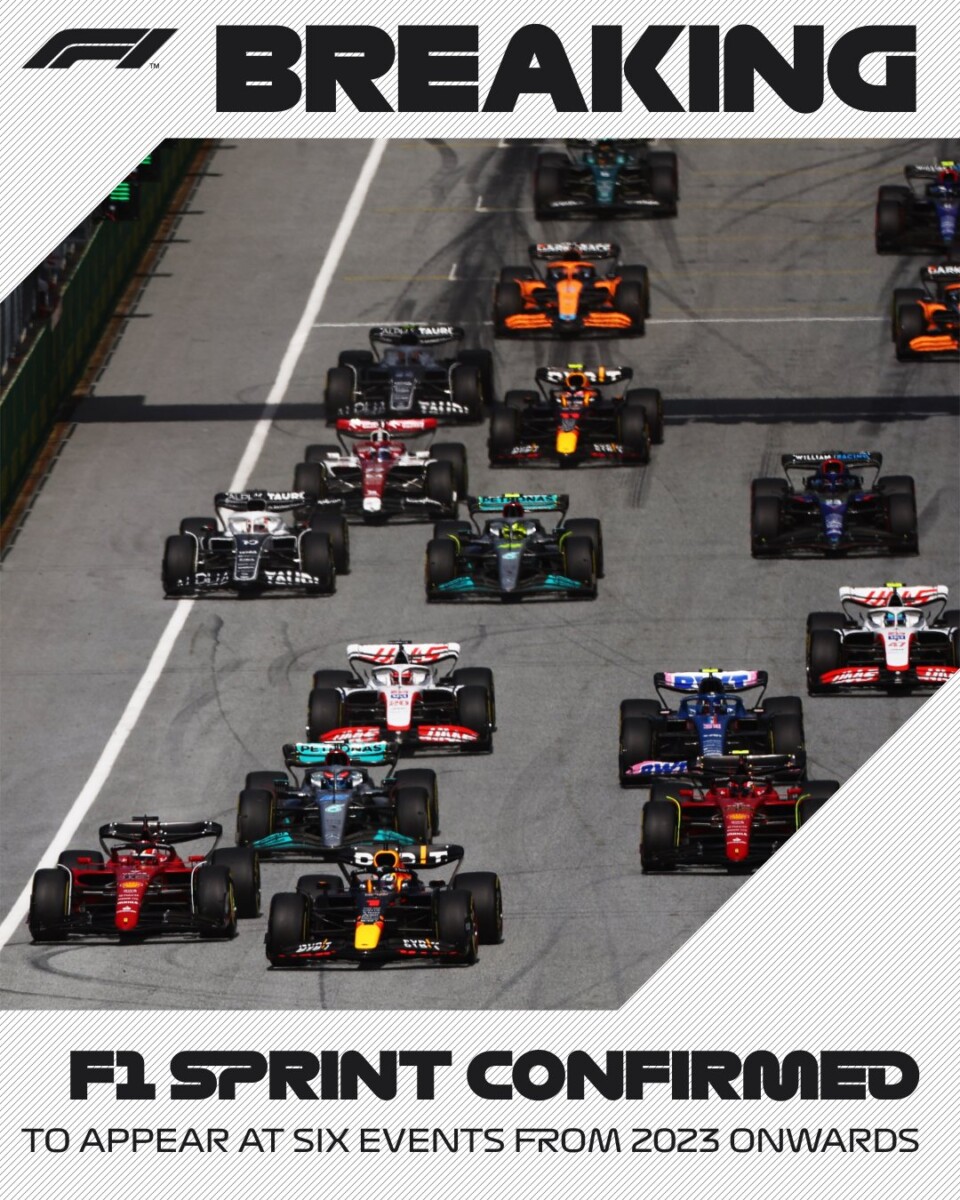 The FIA World Motor Sport Council has today approved an increase in the number of events featuring Sprint sessions in the FIA Formula One World Championship from three to six from the 2023 season onwards. Sprint sessions, which were first introduced in 2021, have been a popular update to the Formula 1 weekend format across a selection of carefully chosen events, providing fans with the additional excitement of the Qualifying session taking place on Friday, and a Sprint on Saturday to set the grid for Sunday’s Grand Prix. With the regulatory framework now in place to allow for the additional Sprint sessions, confirmation of the specific events at which they will take place will follow in due course.

Formula 1 President and CEO Stefano Domenicali said: “I am pleased that we can confirm six Sprints will be part of the Championship from 2023 onwards, building on the success of the new format introduced for the first time in 2021. The Sprint provides action across three days with the drivers all fighting for something right from the start on Friday through to the main event on Sunday, adding more drama and excitement to the weekend. The feedback from the fans, teams, promoters, and partners has been very positive and the format is adding a new dimension to Formula 1, and we all want to ensure its success in the future.”

FIA President Mohammed Ben Sulayem said: “The confirmation that six race weekends featuring Sprint will take place from the 2023 FIA Formula One World Championship season onwards is another example of the continued growth and prosperity at the highest level of motor sport. Thanks to close collaboration with Stefano Domenicali and our colleagues at FOM, we concluded a thorough analysis on the impact of additional Sprint sessions and have adjusted relevant parameters of our work to ensure that they continue to be regulated at the very highest level. Sprint sessions provide an exciting dynamic to the race weekend format and have proven to be popular over the past two seasons – I am sure that this positive trend will continue and am pleased that the World Motor Sport Council has today given its approval for them to go ahead.”